Some things you’ve thought about doing for a long time aren’t always what you’d hoped they’d be, but that isn’t what we found to be true of an Alaskan cruise. Our seven days on Admiralty Dream exceeded expectations and took us to places full of wonder.

Most Alaskan cruises focus on southeast Alaska, particularly the area between Sitka and Juneau. Ours began in Sitka where there is evidence of both Russian and Tlingit culture.

As with other places we would visit, much of Sitka’s economy depends on fishing for halibut, salmon and rockfish.

On our short stay here, we hiked a rain forest to become familiar with the growth common to the area and which is a food source for the wildlife. 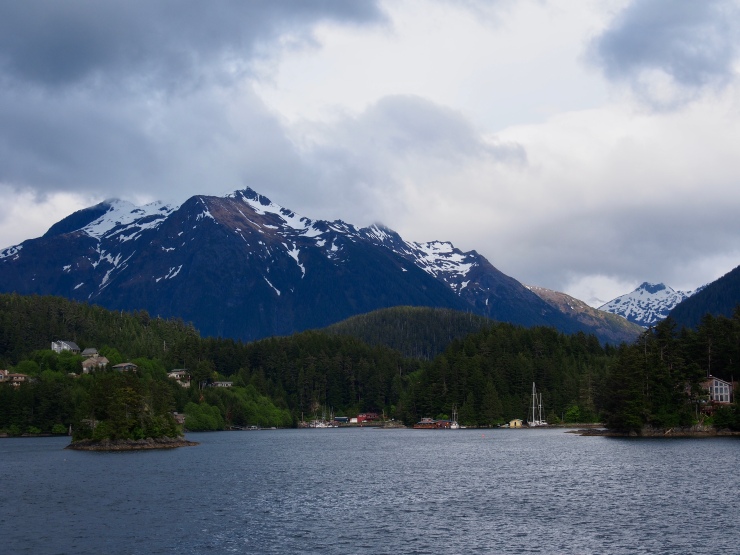 The days of wonder began when Admiralty Dream left the dock at Sitka and headed to open water and sights startlingly beautiful.

As lovely as snow capped mountains were clouds hanging low splitting the mountains in half.

Though it doesn’t seem so, most of the mountains are higher than 5,000 feet which explains the snow. At that height, precipitation is snow and ice whereas at lower levels it becomes rain.

Because of those rocky surfaces rain cannot be absorbed so it is not unusual to see water cascading down the mountain creating some pretty impressive waterfalls. Should there be a few days without rain, rare I’m told, the waterfalls disappear.

or learning about the Tlingit culture that has existed in southeast Alaska for hundreds of years. 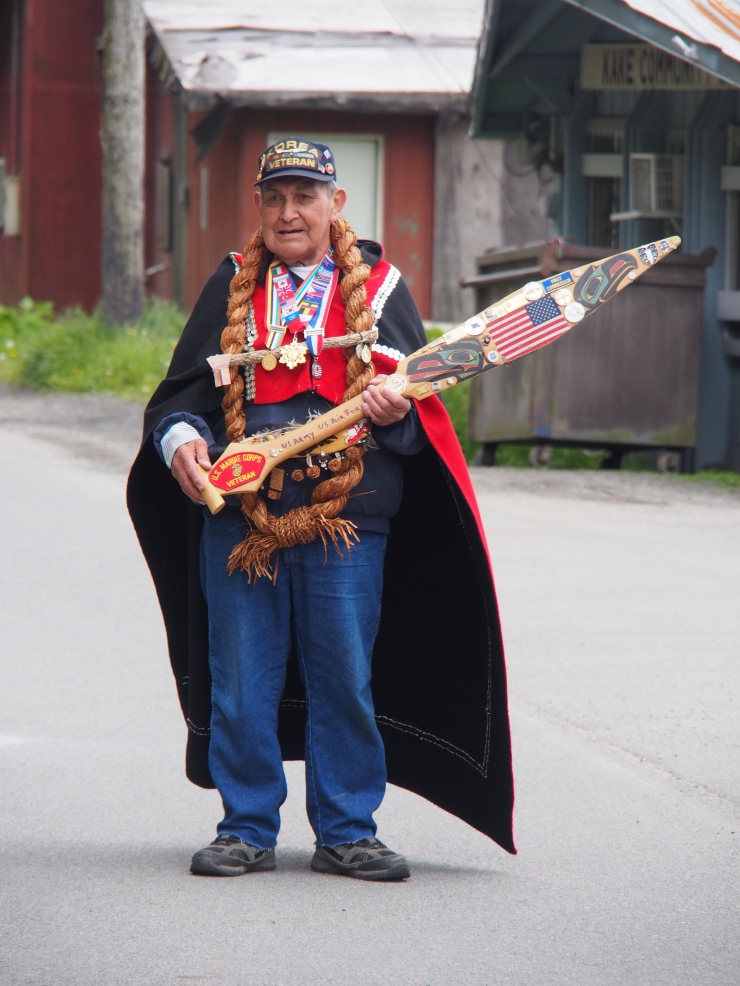 Theirs is a complex, socially organized matrilineal society whose stories and tradition are communicated in many ways. Tlingit stories that have been passed down through generations enhance knowledge of the physical changes that have occurred in southeast Alaska over the years.

It is impossible to capture the experience of seven days in one post, so you will have to come back for more about the days of wonder.

8 thoughts on “Days of Wonder”