As you may know, I spend roughly half the year in Rockport, Maine, and half in Houston. This is the time of year when we start thinking about the return to Texas, and this is done with some regret. It is always hard to leave friends with whom we enjoy so many good summer times. This week we have shared meals, a last one at our house so I could use up whatever edibles were left.

Setting the table is always the first thing that happens when folks are coming for dinner. Ordinarily that is the easy part, but this one had me going in all different directions. I wanted to use the pumpkins and gourds that have been part of every table for the last month. To change them up a bit, they were worked in around a piece gotten some years ago from TJ Maxx.

That was the easy part. For some reason I couldn’t decide where to go from there. I tried this and that and finally decided to let the centerpiece be the star of this last table.

Playing off the colors in the runner, black plates were used on brown placemats. That’s pretty subtle for me!

From there, I added the harlequin patterned plates that are favorites.

For whatever reason, they just didn’t strike me right so it was back to the cabinet for more black. Additional color would have to come from the salad that would be served on them.

I liked the coppery tone of the flatware with the darker ones, but having it lay alongside the plate didn’t satisfy me. Are you beginning to feel my struggle?

Ultimately, copper and silver were combined and after several arrangements contained in a napkin. 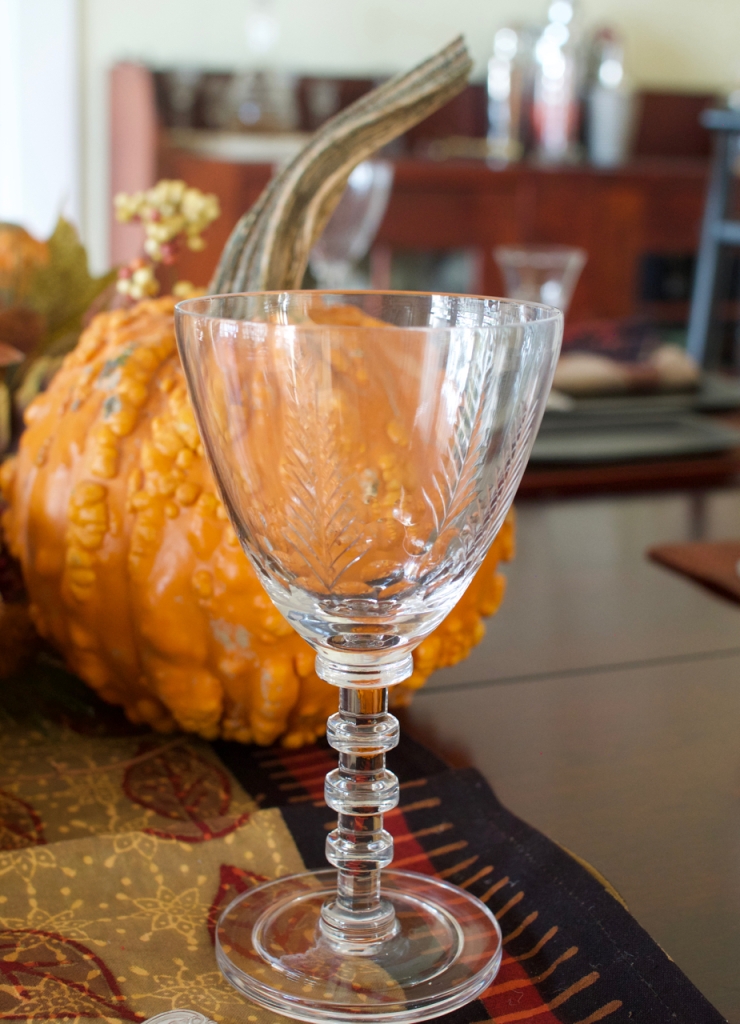 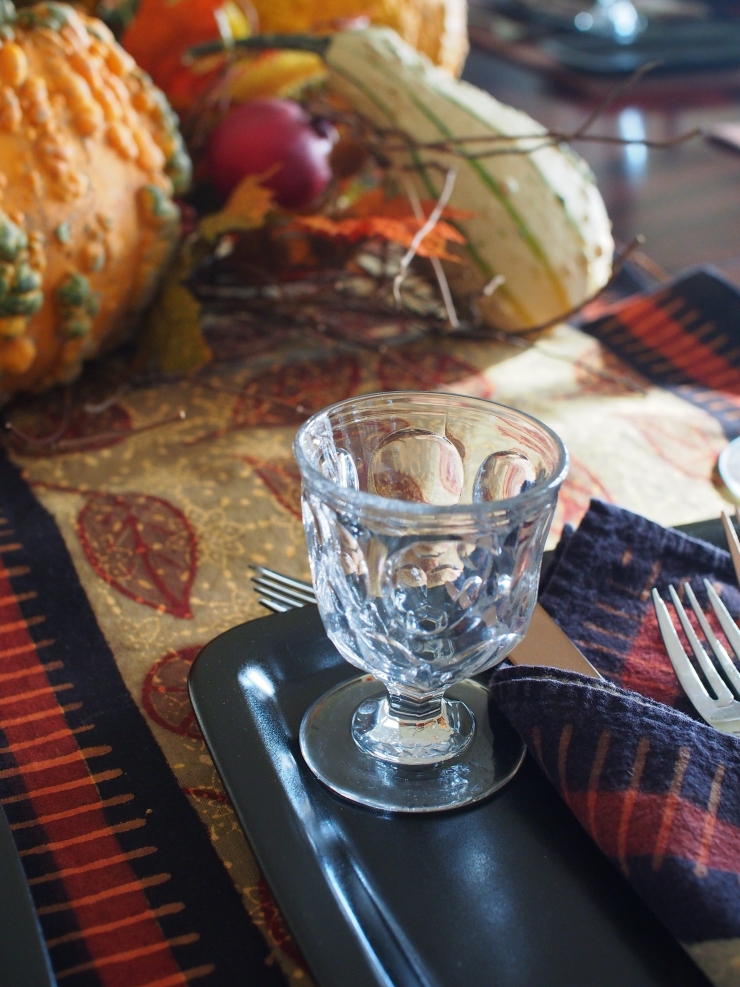 and sweet little cordials for the remainder of the puffball soup that had been in the freezer.

After so many tries, it was time to walk away and be satisfied with the result. 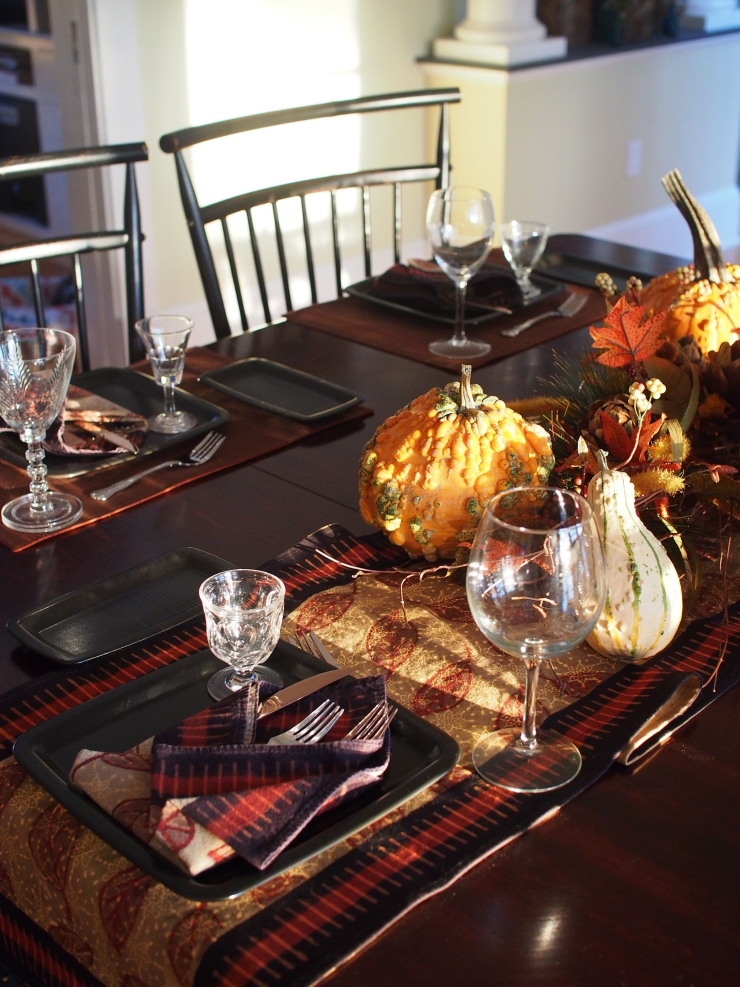 Considering the changes, it’s a good thing I started early preparing the table otherwise dinner may never have happened. Later in the day the sun hit just right on the pumpkins and gourds, and I knew it had been the right decision to let them be the star. Now if I can just figure out how to get them to Houston…….

20 thoughts on “One Last Time”