One of the reasons for choosing Florence as a base for our month long adventure was its convenient access to bus and train terminals which made day trips very doable. 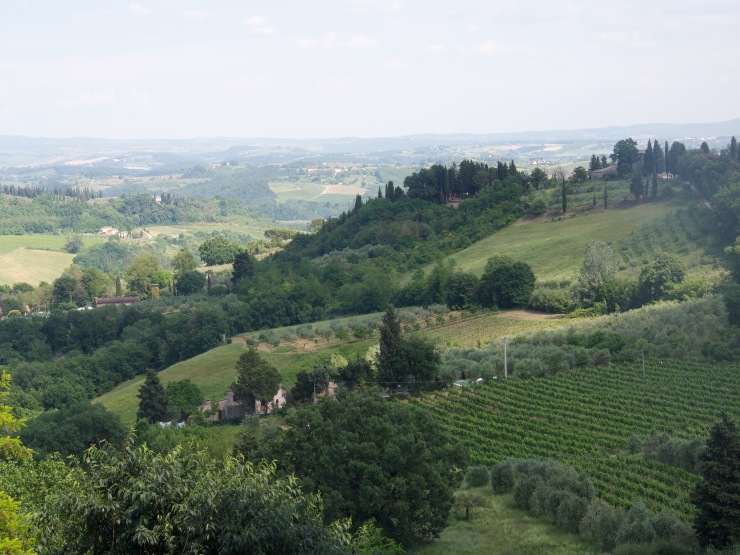 One of our favorite days was again with Dario for wine tasting and lunch in Castellini in Chianti.

On the way we made a quick stop in Monteriggioni, one of my favorite hilltop towns. 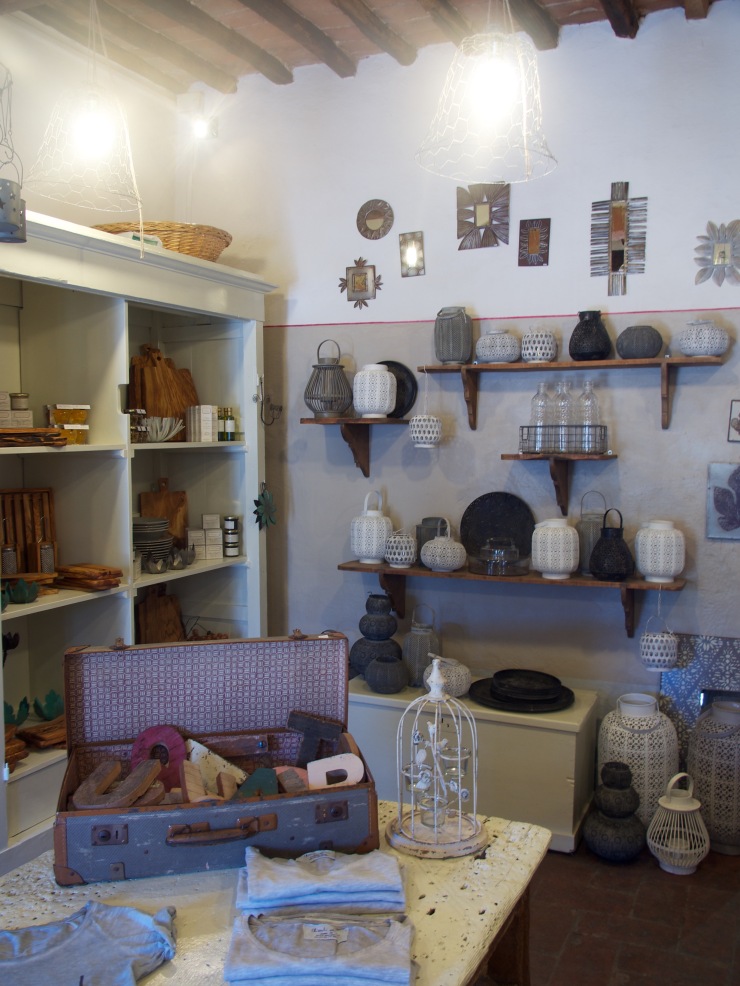 Small though it is, there are some very cute shops with items a little more unique than in Florence’s street markets.

Would you believe there was a weaving studio, too, which this weaver could not overlook! 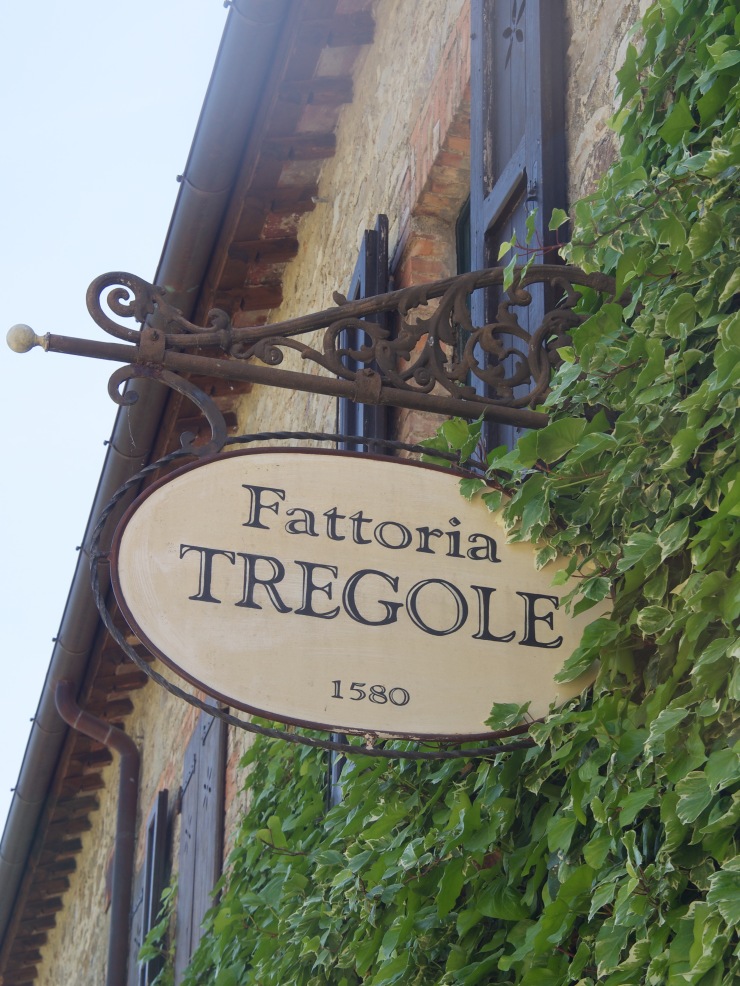 Arriving in Castellini, we were met by Dario for what was a fascinating few hours during which we learned much about the history of the area dating back to the Etruscans as well as about chianti and the differences between the various blends. 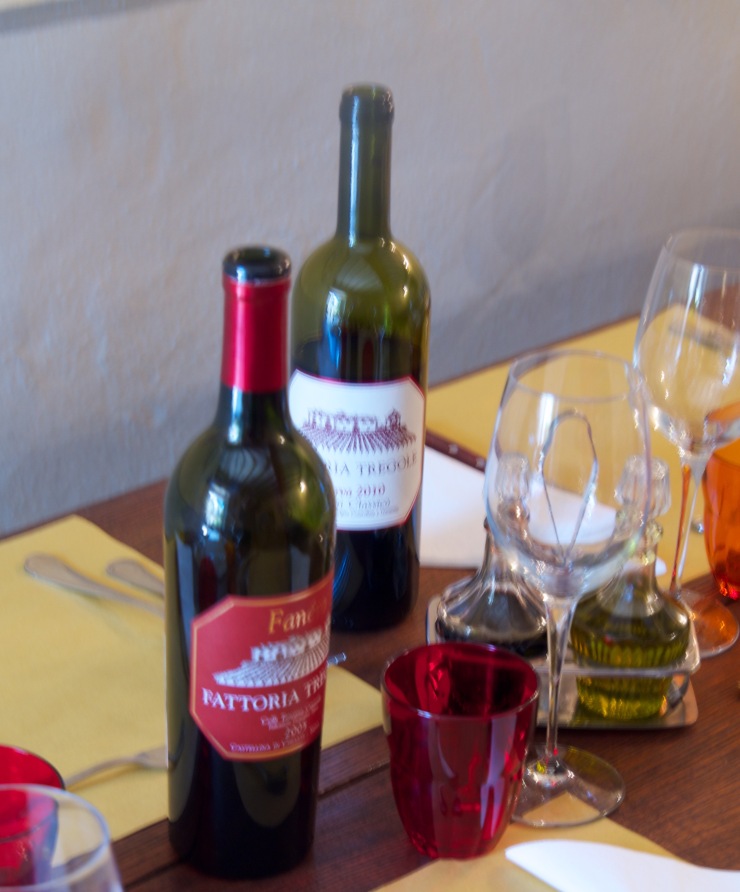 I won’t go into all the details except to say that, according to Dario, Italians drink what is from their home area without making a big deal about nose and bouquet which they think is bunk!  Quite honestly, I rather like that approach as it makes wine selection quite simple.  From what I observed there are none but Italian wines on Tuscan shelves and those include a lot of wine priced less than $10 E!  I wish we could buy in the US more of what is available in Italy.

Had we done nothing more than take in the beauty of the place, it would have been enough,

but a shared lunch  of mixed bruschetta and risotto made it even better.

Reluctantly, we left Dario and Fattoria Fregole to head back to Florence with a stop in San Gimignano.

It, too, is one of the many towered hilltop towns that at one time served as fortresses.

It is a popular destination, and this day it was so crowded that meandering was almost impossible.  That made us want to tarry only long enough to have a gelato!

All in all, this was a most enjoyable day with the best part being getting to share it with one of the daughters and her family.  I like those times that go into our collective memory bank.

18 thoughts on “Out and About”