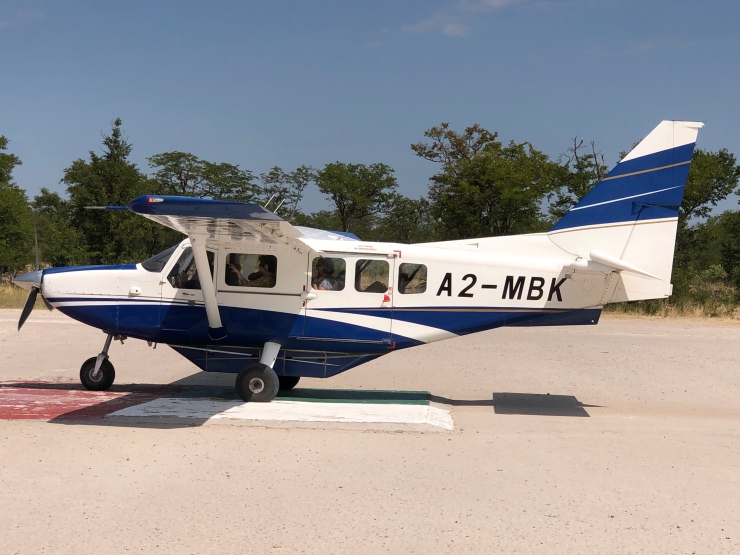 Rested and ready to begin our adventure, we boarded a small plane sitting on a dirt airstrip to go into the bush for the next 10 days.

Looking down, the landscape appeared desolate in places, and there was nary a sign of an animal which was quite surprising.

On the ground in the Okavango Delta we began what would be days of tooth rattling, bone jarring rides over rutted paths in a Land Cruiser.

No sooner had we gotten on the ground than we were off on an afternoon game hunt. It took only a few minutes to spot elephants, always a triumphant moment.

Now you may find it surprising, but there is not an animal at every turn. However, there are incredible birds which are a pretty good substitute.

Except for doves, most are a species not seen in the U.S. which makes me think Botswana would be a wonderful place for birders. 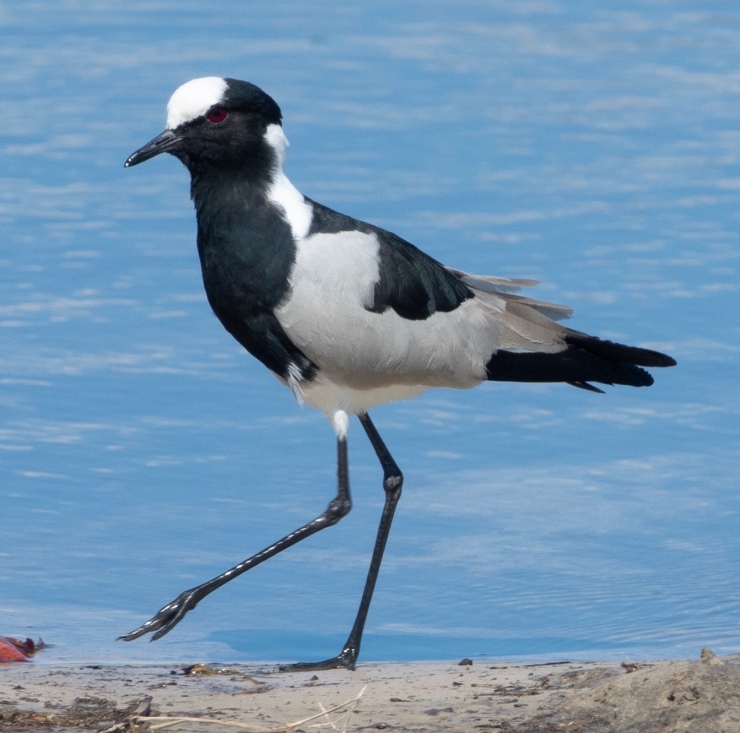 I loved having a knowledgeable guide who not only identified the birds but described the characteristics of birds inhabiting the bush.

A favorite was the hornbill that was everywhere. This one is a red billed hornbill, and there is also a yellow billed and a gray billed one. It was a challenge trying to identify which was which when we spotted them in the distance.

Though interesting, not all birds are pretty. Take the whitebacked vulture that sits atop trees scouting for a meal. One day we saw tens of them hovering close to the ground. Curiosity got the best of us, and we did some bush bashing (making way off the path) to see what was the attraction. Sadly, the vultures were feasting on an impala.

Speaking of feasting, wild dogs do their share. They kill quick and pull and tug on the victim until all the edible parts are devoured. Interestingly, the dogs are an endangered species in Botswana thanks to many of their pups being destroyed by lions. Watching animals and birds, one quickly begins to understand the reality of survival of the fittest. 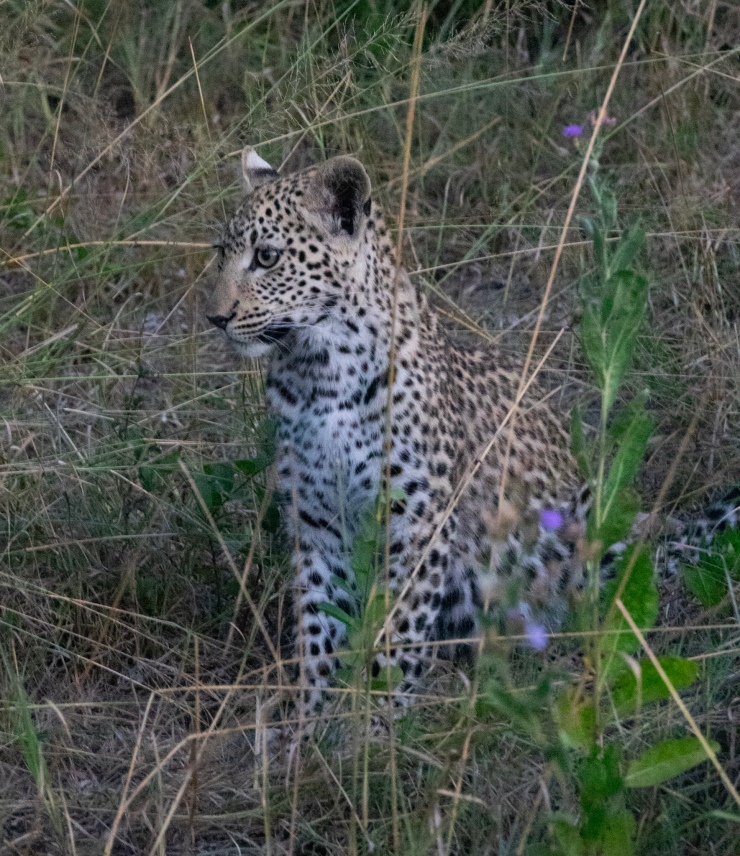 Though a predator, leopards are irresistible. Our guide knew of a mother with a cub several months old. It took his tenacity to find them, and his effort was rewarded with our excitement. The cub was far less shy than its mama who kept a wary eye on us gawkers! 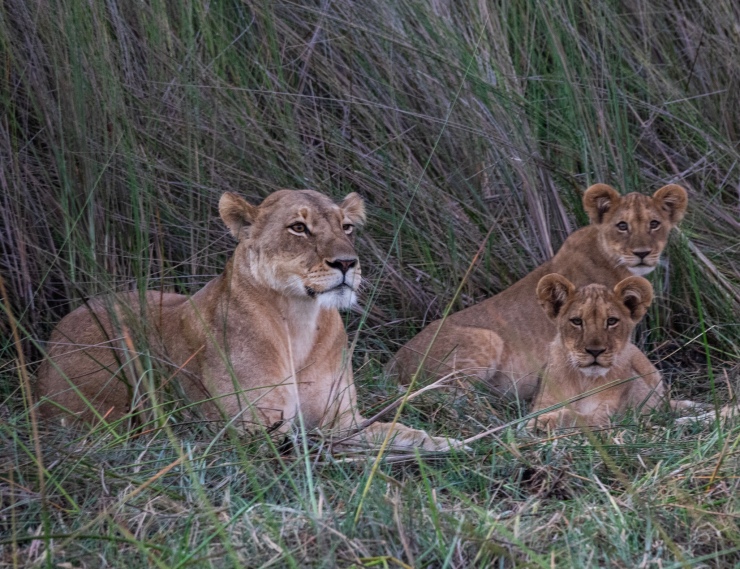 The same was true when the guide found two female lions with their three cubs. Both humans and lions remained still and quiet as we studied one another. I was surprised to learn that lion cubs fall victim to male lions if they determine the cubs aren’t theirs. Between these females, seven cubs were born, and only the three were not destroyed. 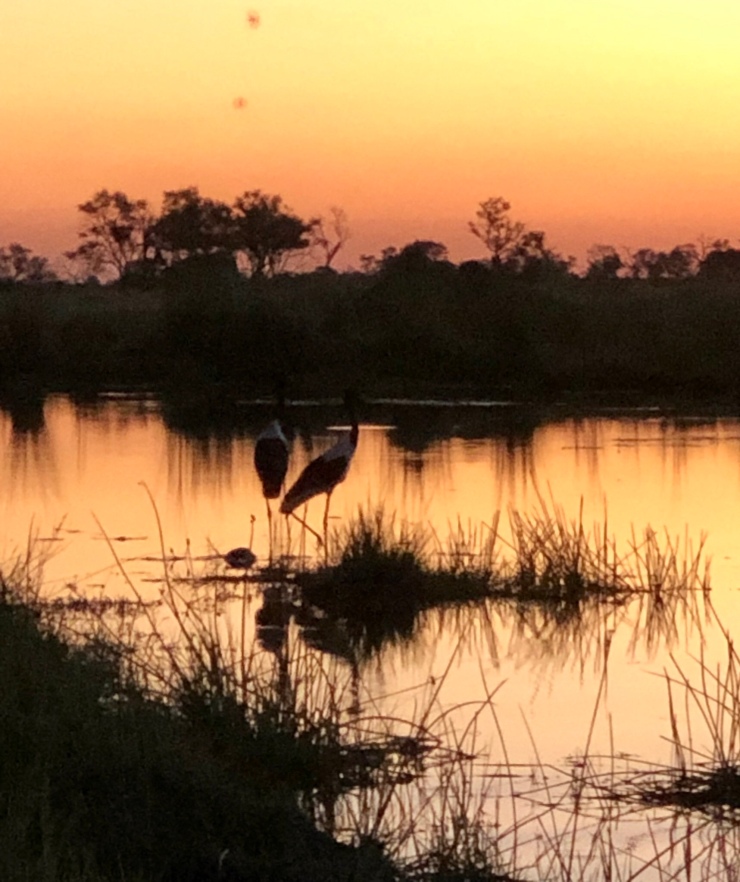 Every day in the bush is different, and I’ll not try to cover it all in one post. The sun can go down on this one, and I hope you’ll return for more of a most fascinating place.

9 thoughts on “Into The Bush”