Street photography is a challenge, one more difficult than I anticipated.  It’s about acting in an instant to capture a moment that tells a story.  That means more than zooming in and snapping a photo from a distance as I have been so prone to do.

This is a good example.  Though I did capture the moment, there is no story and the result is little more than an attractive couple taking a selfie.

As I explored Paris streets, Peter Turnley’s reminder that life gives us pictures kept ringing in my head.  More often than not the pictures involve people, and it is important that the photo be authentic, not posed.

If people notice you pointing a camera, especially one with a big lens, in their direction, they may shy away.  Asking permission, establishing a rapport before snapping away is a good idea.  That can be a bit tricky, so it requires some doing to become confident making the ask to a perfect stranger.  Once you are comfortable, however, the other  person relaxes and, in some cases, rather likes the idea of being your subject.

Showing the result of your photo gets a very positive response, and don’t be surprised if you are asked to share it.  In that case, Turnley suggests that having a card with your name and email address is a handy way of dealing with the request.  That puts the ball for remembering to follow through in the other person’s court.

Turnley emphasized having photos include a sense of place.  As I reviewed my pictures, I began to see what that meant.  Here, for example, it’s obvious the performer has drawn a crowd, but there is nothing that tells more.

The second photo is more successful as the buildings and street lights hint at place.  I had to do a bit of body bending to get it all in which happens to be another challenge of street photography.  Standing erect and shooting straight on just doesn’t always work.

Turnley suggests making pictures horizontal as more of the story can be presented in that format.  He strongly advises  framing the picture so that what you get requires minimal cropping.  Talk about a challenge! 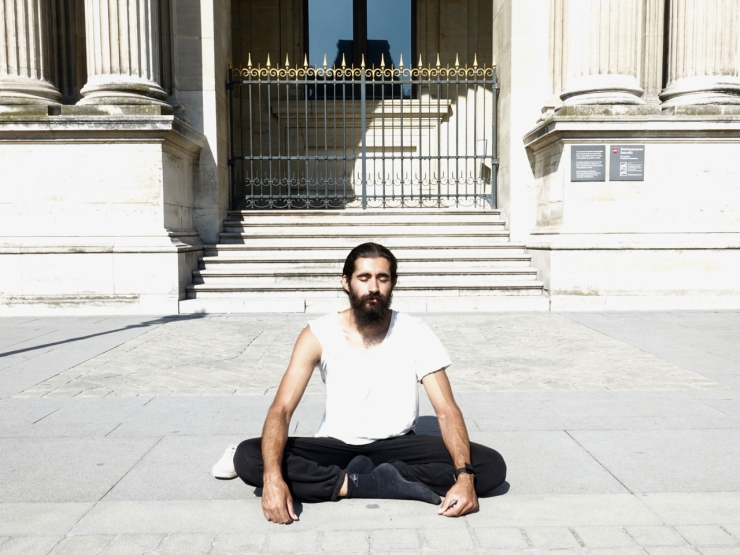 Whether to have your pictures in color or black and white is a personal choice.  The difference, according to Turnley,  is that color is rooted in present reality whereas black and white removes a bit of that.

My takeaway from a week of attempting street photography is that it takes a lot of practice and a keen observant eye.  It also requires you to step outside your comfort zone and rely more on your own ability rather than on the camera’s capability.  Remember, the camera is only a tool.  What you do with it is what matters.

10 thoughts on “Tips for Street Photography”