There are many reasons I enjoy time in Maine.  Primarily, it’s the natural beauty of the coast, especially as seen from the water which is my happy place.

Penobscot Bay is our cruising ground, and it is one of the most perfect boating places on either coast. I like nothing better than setting out in the early morning when the sea is calm and the sky a brilliant blue.

Except for an occasional lobster boat that left its mooring long before us, it is not surprising for there to be no other boats around early in the day.

Out in the bay, there are islands, hundreds of them created thousands of years ago by volcanic action. 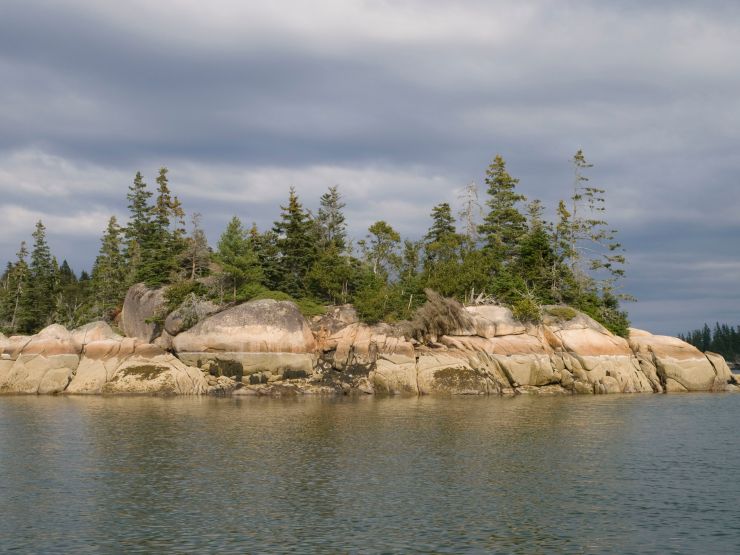 Most are uninhabited, covered with spruce. Looking at them, I am reminded of the Tlingit stories having to do with regrowth that were heard recently in Alaska. How is it that nature can recreate without help from man? 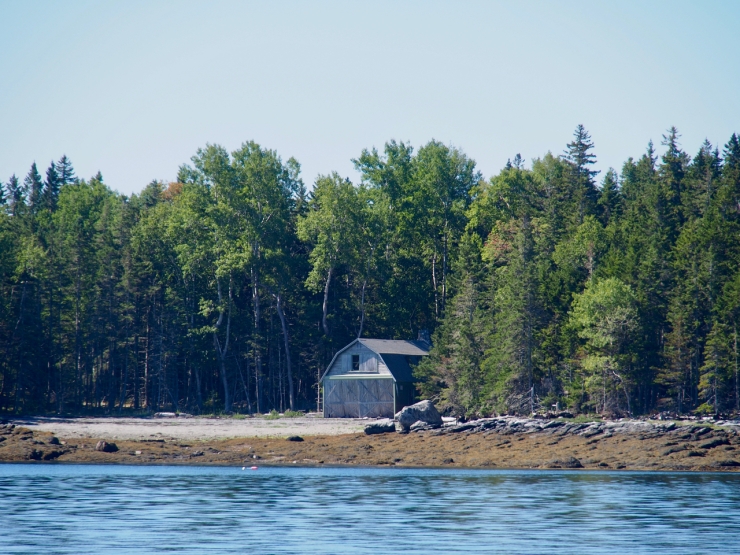 Here and there a building is spotted, giving indication of life there now or in an earlier time.

Many of the islands have lighthouses, some still active but most not.  I always try to imagine the life of the lighthouse keeper whose job it was to keep boaters safe.

Some islands are connected to the mainland by a bridge.  This recently constructed one goes to Deer Isle where the much visited Acadia National Park is located.

Heading north from Rockport Harbor, islands are not all we see. High above Camden are the rolling hills which is why Camden is described as Where the Mountains Meet the Sea. What a wonderful combination!

As we go along, I study the charts which identify the islands and make notes about islands that may hold possibility for picnics and new discoveries.

Yes, Penobscot Bay is a beautiful, beautiful bay, Spruce covered headlands jut boldly from its shores, jewel like islands float on its surface and the gentle, glacier rounded contours of the Camden Hills look down on its broad reaches.

I so appreciate your visit and the comments you leave behind

26 thoughts on “A Beautiful, Beautiful Bay”