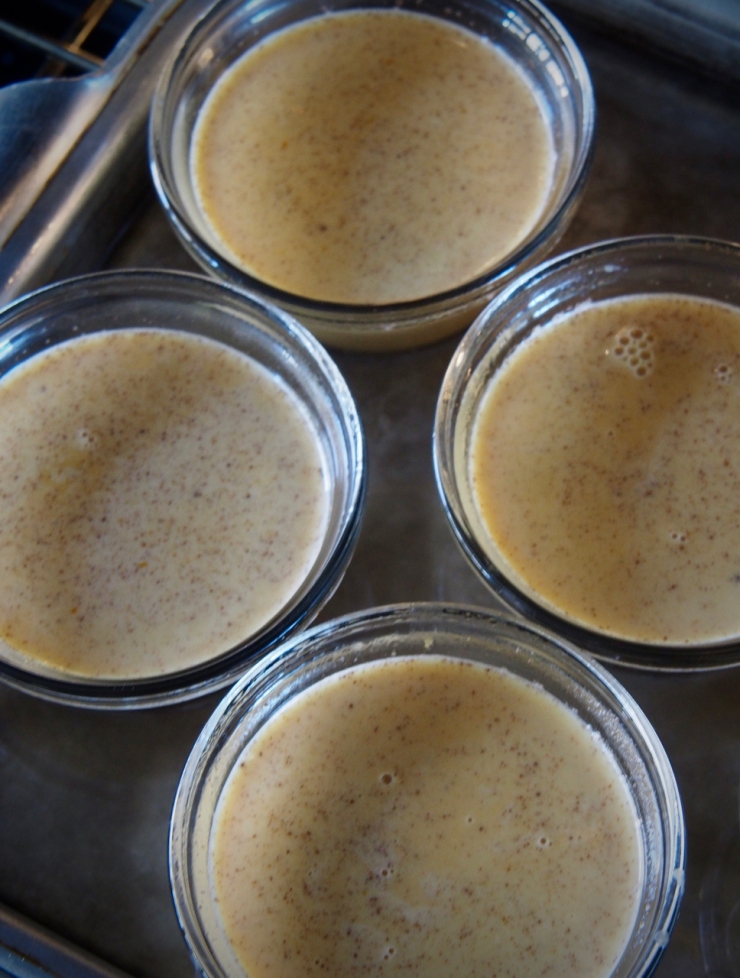 For our last gourmet gathering my task was dessert, a delicious pumpkin pots de creme. Topped with cream whipped with bourbon and maple syrup it was like eating pumpkin pie without the crust.  In fact, I liked it better than pumpkin pie because it was lighter.

Left from the effort were eight egg whites.  I never know what to do with them and if it’s just one or two I usually throw them out.  With so many, I knew there must be a good way to use them, and it occurred to me that coconut macaroons, the hubby’s favorite cookie, might be an option.

On the internet were more recipes than I could believe.  There were ones made with condensed milk.  There were vegan macaroons and gluten free ones.  There were recipes with craisins and sprinkles and pineapple and on and on. Finally, I settled on David Lebowitz’s recipe simply because it used the most egg whites and the baked cookies were dipped in chocolate.  How can you beat that combination?  Additionally, he said that it was one of the favorite recipes in his book Ready For Dessert

4 large egg whites
1 1/4 cups (250g) sugar
1/4 teaspoon salt
1 tablespoon honey
2 1/2 cups (200g) unsweetened shredded coconut (see note)
1/4 cup (35g) flour
1/2 teaspoon vanilla extract or vanilla bean paste
2 ounces (55g) bittersweet or semisweet chocolate, chopped
1. In a large skillet or wide saucepan, mix together the egg whites, sugar, salt, and honey.
2. Over low heat on the stovetop, stir the egg whites and sugar together until the mixture is tepid, but not warm or hot. You don’t want to cook them; just warmed slightly so they are looser.
3. Add the coconut, flour, and vanilla. Continue to stir the mixture over medium heat for a few minutes until it thickens to a cohesive mass. (It’ll be like very thick oatmeal and the bottom will very slightly start to scorch.) Remove from heat. Transfer to a bowl to cool to room temperature.
4. When ready to bake, line a baking sheet with parchment paper or silicone baking matand preheat the oven to 350º F (180ºC).
5. Form the dough into 1 1/2-inch (4cm) rounds in your hands, squeezing the dough to coax them into rough rounds (remember, the French call them “rocks,” so they can be a uneven – for smoother rounds, dampen your hands), then place them evenly spaced on the baking sheet. Bake the macaroons until deep golden brown, about 18 to 20 minutes. Cool completely.
6. To dip the macaroons in chocolate, melt the chocolate in a clean, dry bowl set over a pan of simmering water (or in a microwave.) Line a baking sheet with plastic wrap or parchment paper. Dip the bottoms of each cookie in the chocolate and set the cookies on the baking sheet. Refrigerate 5-10 minutes, until the chocolate is set.

Notes: Unsweetened shredded coconut is available in most natural food shops or you can purchase it online. Flaked coconut is larger and I haven’t tried these macaroons with the flakes but if that’s all you have, I would pulse the flakes in a food processor a few times until they’re finely shredded.

Storage: The baked macaroons will keep for up to three or four days if stored in an airtight container. If dipped in chocolate, store the cookies in a cool place. The dough can be refrigerated for up to one week or frozen for at least two months.

Making them I did learn a thing or two.

Without question, macaroons will appear here more often as they are not hard to make and they disappear very quickly!
i so appreciate your visit and the comments you leave behind

12 thoughts on “What to do With Egg Whites?”