Before we were frozen out of Maine a few days ago, we had dinner at one of our favorite Rockport restaurants, Nina June, in the heart of the village.

It is the brainchild of Sara Jenkins who combines her love of Mediterranean food with her Maine roots.  She is also a cookbook author, the most recent one written with her mother Nancy Harmon Jenkins, a food guru in her own right.

On a cold night, we started with soup that combined leeks, potatoes, oysters and buttermilk in a creamy base.  It was so good that I had to see if I could recreate it for dinner on a chilly Houston night. 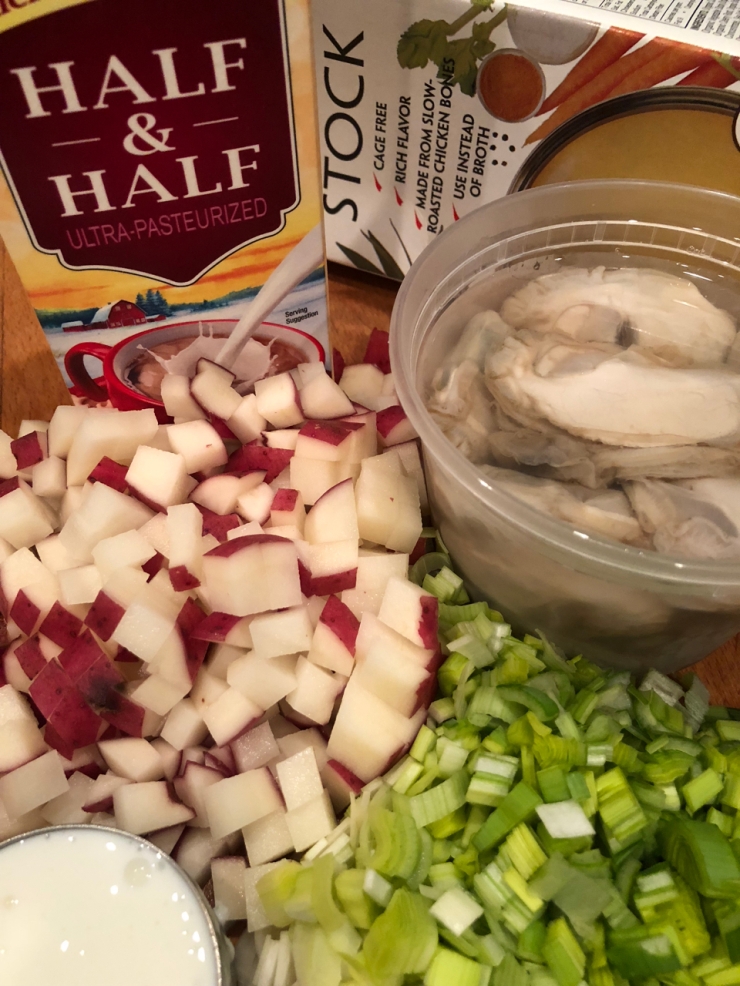 I started with the known ingredients and added chicken broth and half and half.  I can’t promise that it was as good as Sara’s, but it wasn’t bad.  Here’s how it went together.

1 pint oysters, cut in half if they are large

salt and pepper to taste

Saute oysters in about 1/4 c. of their liquid for about 2 minutes.  Remove from pan and set aside.

In a large saucepan, cook leeks and potatoes in chicken broth until potatoes have softened.  Add half and half and heat through.  Add buttermilk and oysters with salt and pepper to taste and heat until all ingredients are blended. 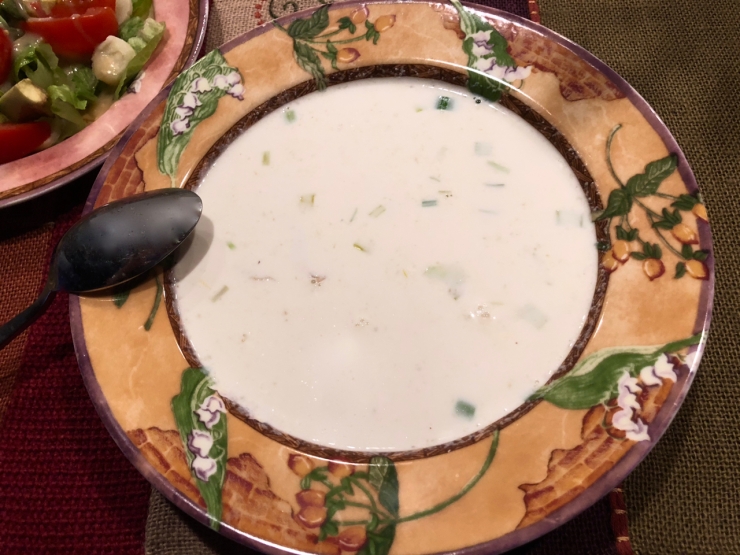 Simple enough, the soup was very tasty and a perfect meal with a green salad and  cornbread muffin.    Next time I make it I might add a few drops of Tabasco and I can also imagine it with spinach or kale as an ingredient.  Hmmm, what started at Nina June may take on a life of its own.