Why go to Agra? Because it is the location of one of the world’s most famous structures, the Taj Mahal. I won’t go into its history except to say it was built between 1632 and 1648 to honor the deceased second wife of Shah Jahan. This woman bore 14 children in 19 years and died giving birth to the 14th. I have to say that made her worthy of her husband’s devotion.

We arrived at the site shortly after 6 AM and already there were throngs of people.

At first glimpse of the magnificent building, guess what happened? Everyone stopped to take a photo creating a crush of humanity.

It is difficult not to have an omigosh moment as something so historically familiar becomes a reality. The white marble glistens despite the haze that appears to be perpetual in India. 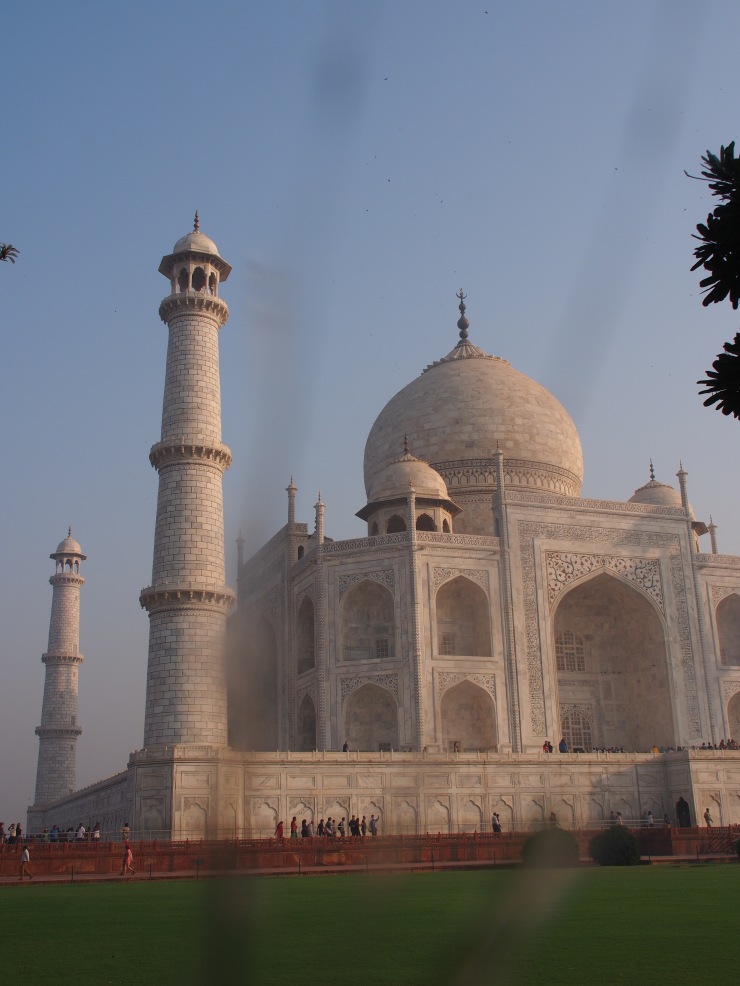 Looking at the details of the Taj Mahal, one cannot help but marvel at the skills of laborers who worked with tools barely more sophisticated than hammer and chisel.

It always amazes me how often precious materials are used to create intricate designs in ancient construction. Here the beautiful exterior inlay designs are created with onyx, jade and jasper. 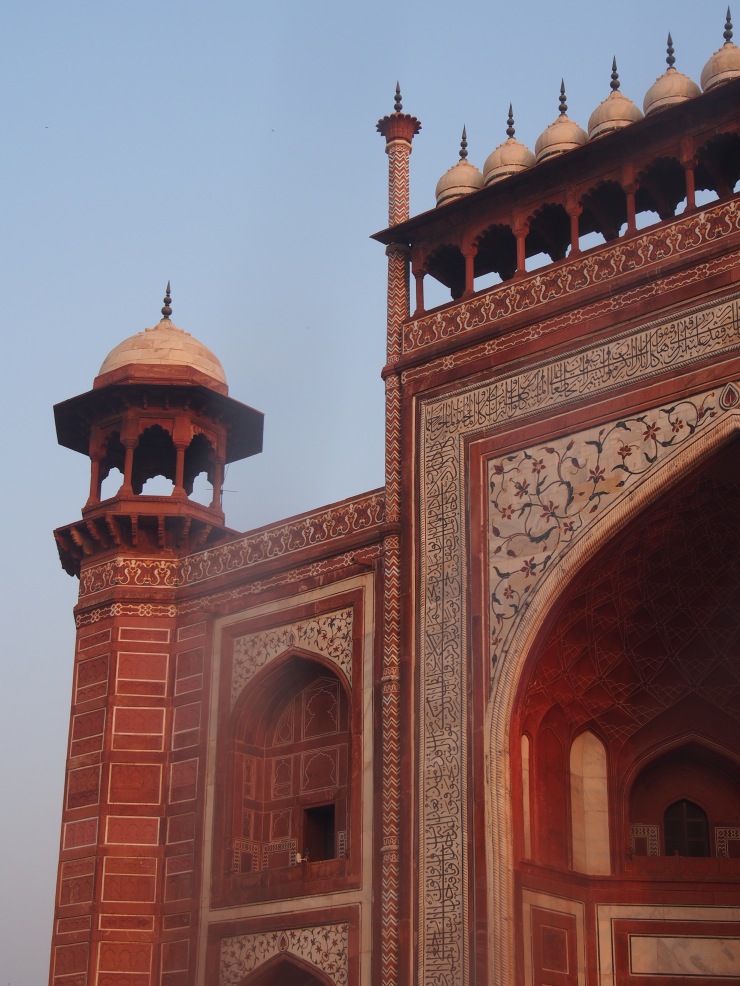 Just as stunning as the Taj Mahal are the buildings surrounding it.

The differing material and style create a lovely contrast. 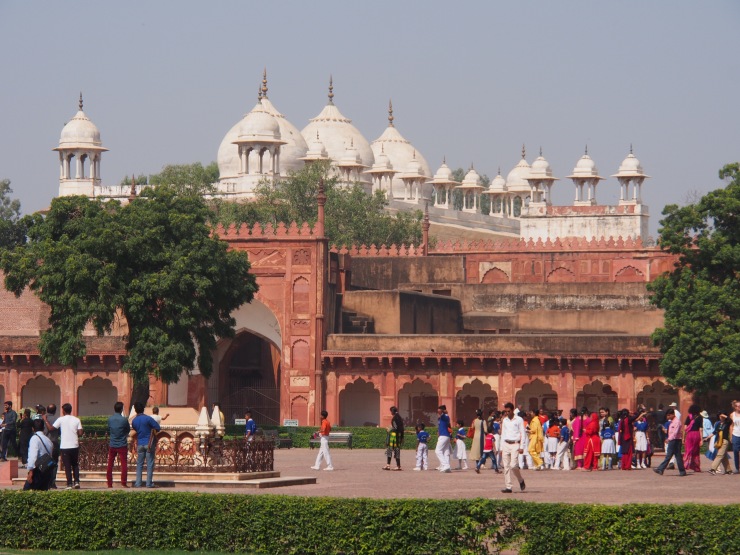 From the Taj Mahal we ventured to the Red Fort which in some ways was even more dramatic. 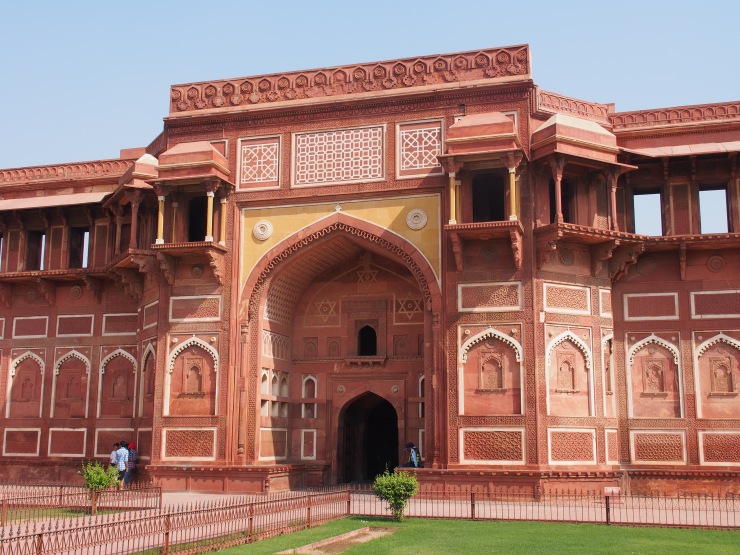 Built over an eight year period the century before, it ultimately became a place of imprisonment for Shah Jahan as he lost power. It was irritating to learn he was placed there by one of his sons which goes to show that family loyalty is not always a priority!

There were multiple architectural influences here adding to the fort’s interest. They ranged from Arabic

to those more associated with Indian design.

One of the things that makes visits to sites like these is having a good guide. Ours was that and more as he shared information with knowledge and enthusiasm. He was open to questions about subjects having to do with culture, the answers to which go a long way to help understand place.