Not only was I bored spending most of my time in bed for 10 weeks, but I began obsessing on things wrong in the bedroom.   The hubby knew that was going to lead to some kind of overhaul, and, indeed, it did.

Several years ago, some walls in the bedroom and study were done with Venetian plaster  that blended more than one color.  The color chosen for the remaining walls was never right, but since I saw them in the dim light of morning and night I let it go.  Not possible after looking at it day after day.

So, the first thing was to choose a new color that would blend a little better.  After sampling several grays, the selection was Sherwin Williams Lazy Gray.  A new color meant new carpet, darker than the one that had shown every little bit of dirt. How much airier the space seemed with those changes!

The hubby thought that was enough, but no, I wasn’t finished.  Every picture was relocated.  I don’t know where the botanicals came from, but I found them in a closet.  What made them a great choice is the frame which picked up the tones in the piece over the bed.

Art that hung over the fireplace was pleasing, but the frames were mismatched. Again I shopped the house, gathering pieces that not only had matching frames but played off the colors dominating the room.  And, note those shelves.  All the clutter is gone and what’s there looks like it belongs.

Now on a roll, I gathered a few other odds and ends as accessories, and they, too, look like they were made for the space. 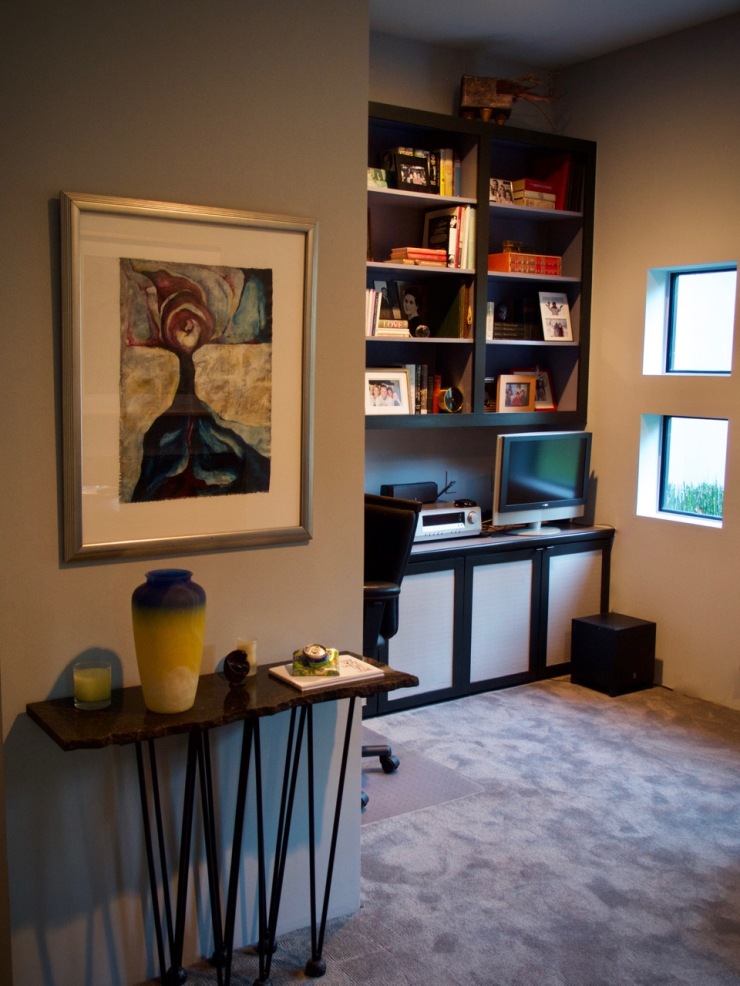 Though the hubby groaned  thinking the project was unnecessary, he admitted when all was done that the changes were quite an improvement.  That made it all worthwhile, but he’s hoping I don’t have opportunity to obsess over something else in the near future!

31 thoughts on “Getting It Right”