When the gourmet group heard we were going to Sicily for another Foodie Adventure, a request was made for a Sicilian meal when we next hosted.   Lucky I was warned because that made me pay attention to tables and accessories when we were there. 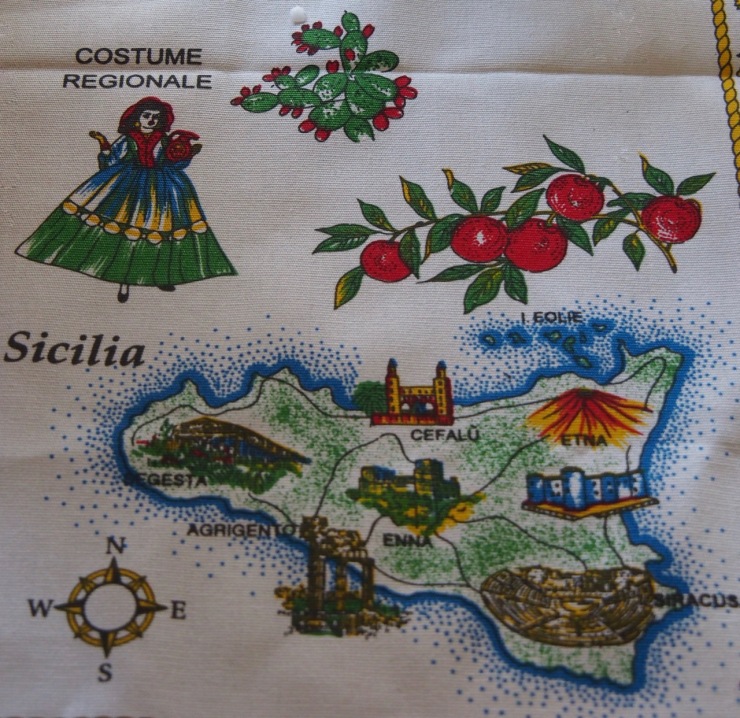 At a market I found a cloth which started the thought process.

I was very attracted to ceramic heads which were a reflection of the Moorish influence in Sicily.    I finally yielded to temptation and purchased two small ones that I knew would work into whatever tablescape would eventually evolve.

When the time came to put a table together, I brought out the chianti bottles which have been used  many times over the years.  Now I know chianti is Tuscan, but I figured as long as I kept the Italian thing going, it would be OK.

The same thing applies to the handpainted plates which were gotten in Ravello some years ago.

As I looked at the table, it dawned on me that citrus was everywhere in southern Sicily, so I went outside, cut a few stems of holly fern and arranged whatever oranges, lemons and grapefruit were in the refrigerator on the table.  They actually play off some of the images on the cloth which is proving to be quite an effective inspiration. 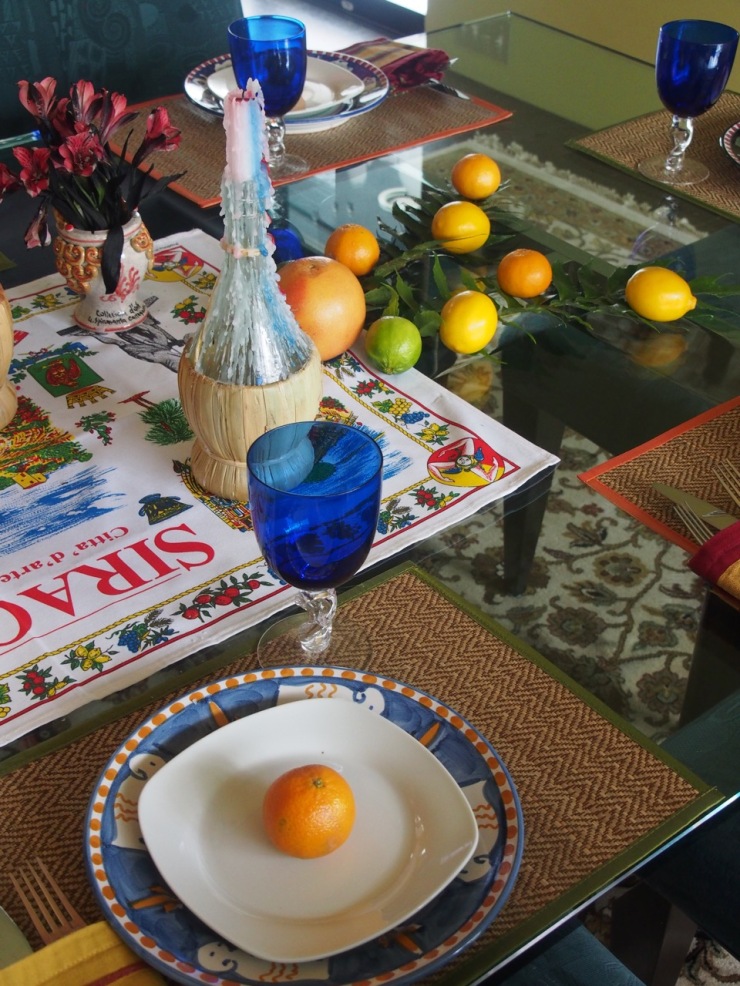 and an orange atop the salad plate completes a table that turns out to be very reflective of sunny Sicily.

And to think it all started with a request for a Sicilian dinner which I’ll share next time.

24 thoughts on “How It Started”