Being totally unfamiliar with Mesa Verde,  I had no idea what to expect when our Durango hosts suggested we go there. 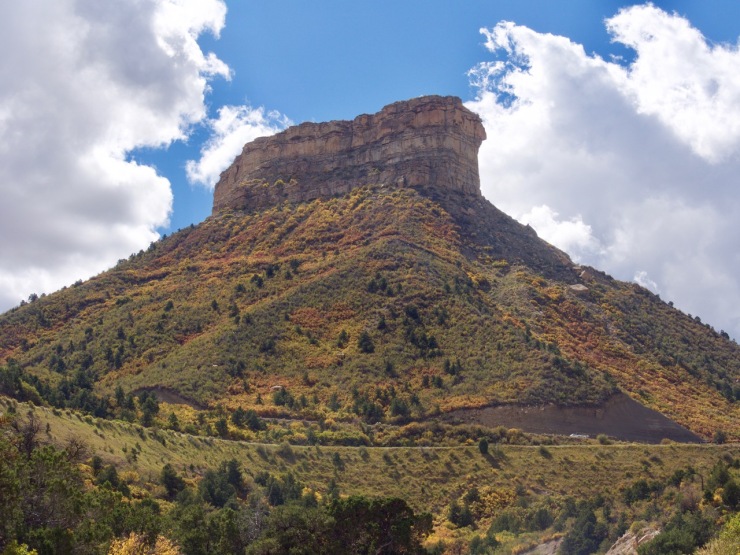 See this flat topped mountain?  It is Mesa Verde and for some 600+ years, it was home to Ancestral Puebloan people who farmed and hunted on the very rocky terrain.

Today Mesa Verde is a national park and World Heritage site that has some of the best preserved archeological sites in the United States.    That fact alone made it a very interesting place.

What attracts most people to Mesa Verde are the cliff dwellings which from their earliest days became more and more sophisticated. 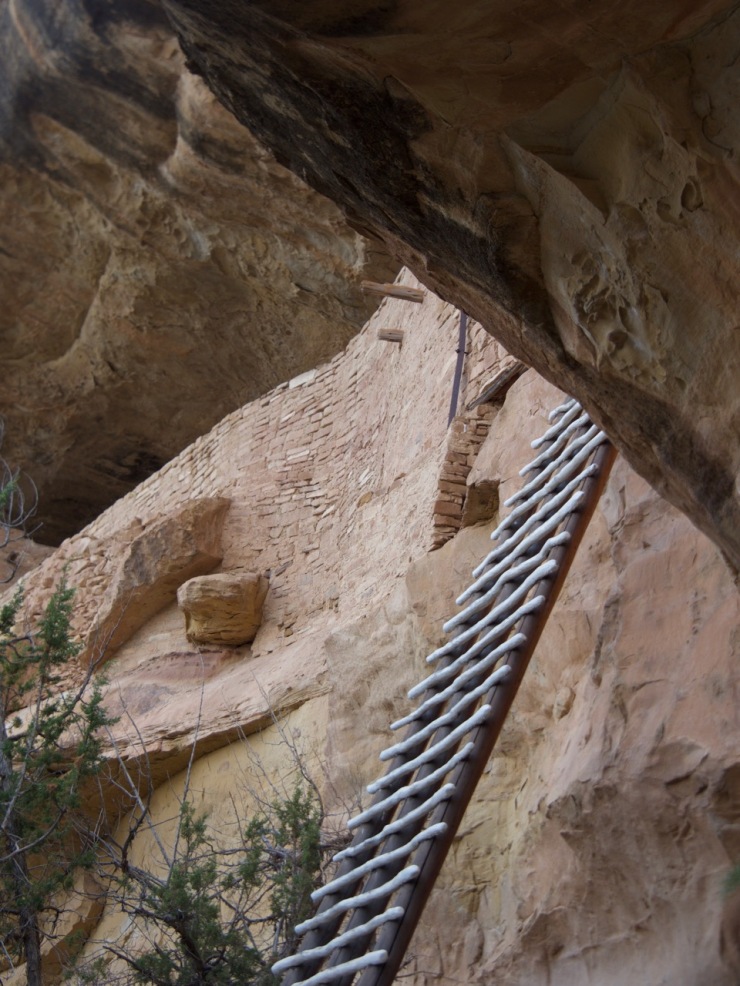 As you might guess, not all the dwellings are available for exploration due to their fragile state, and this day Balcony House was the only one allowing visitors.  To get there required climbing a 32 foot ladder.

I must admit to having second thoughts about that, but I gritted my teeth and with eyes glued to the wall in front of me, I made the climb with the park ranger cheering me on!

Arriving at the top, the view was amazing.  When I saw how far a drop from the ladder would have been my stomach did a little flipflop!

According to the park ranger, Balcony House had 45 rooms and 2 kivas.

Considering how high up it is, I could only wonder how building materials were hoisted into place and marvel at the construction ingenuity of its inhabitants.

It also dawned on me that the people must have been quite small as there were some very narrow spaces through which one had to pass.

Though no one seems to know why the cliff dwellers left Mesa Verde or for sure where they went, it is estimated they were gone by 1300.  It is thought they were possibly starved out or experienced such drought that it was impossible to live there without water.  Whatever the reason, the early Puebloans left behind an incredible legacy.