With all it has to offer, Houston is a great place, but from time to time it’s fun to leave the big city behind and go exploring.  Come along and let’s go west.

From Houston to San Antonio, there’s not a great deal to see, but once past  San Antonio, scenery changes dramatically.  First comes the rolling Hill Country, quite different from Houston’s flattness.

In no time at all that gives way to wide  open spaces and an 80 MPH speed limit which means making pretty good time on the road.

About the only thing dotting the landscape is hundreds of wind turbines which make Texas the largest provider of wind power in the country.

First stop on this adventure is Marathon, 8 hours from Houston and quite a bit above the sea level we are used to. 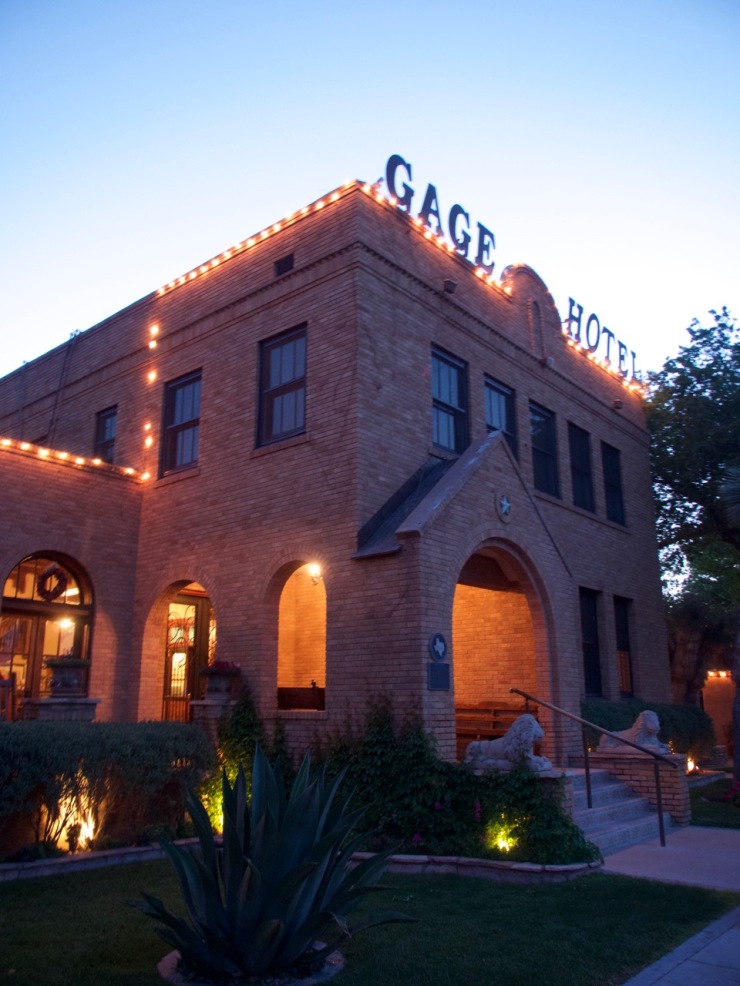 Marathon’s main attraction is the historic Gage Hotel and its excellent restaurant.  It is the reason most folks choose to stop in Marathon and reservations are often hard to come by.

That being the case, we opted for Eve’s Garden, a funky B & B.

With all its bright colors and unique architectural features, Eve’s struck me as a west Texas version of Gaudi.  It was astonishing to learn that the construction is of bricks made with recycled paper, clay and water.  That made me think all that paper I recycle is worth something! 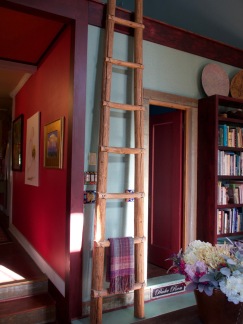 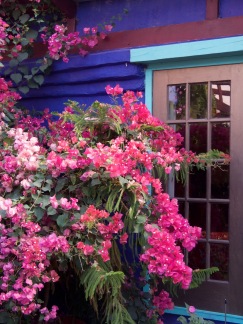 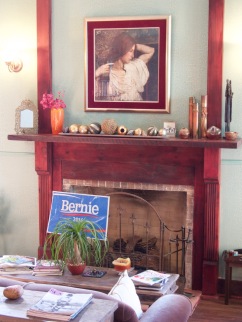 Eve’s provided many an opportunity for photographs as everywhere there was something to catch the eye.   I doubt that Bernie left this sign behind, but it was interesting to think his appeal reached even the smallest of Texas towns. 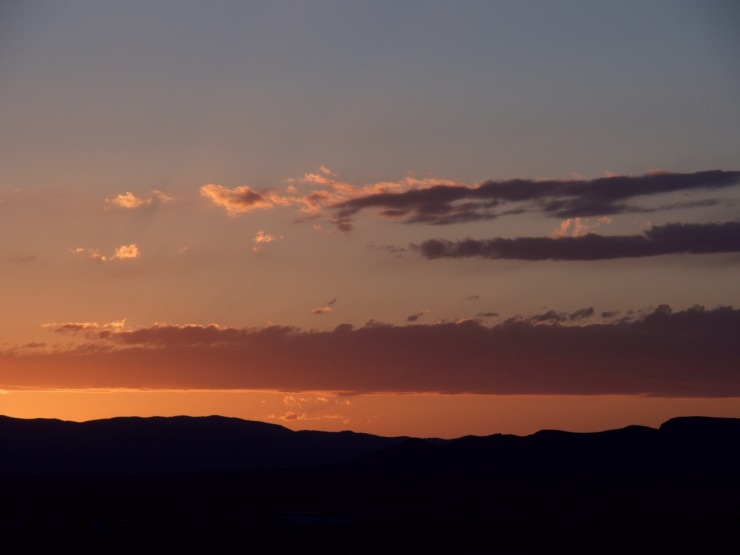 As night fell, the rooftop proved a great place to capture the waning sun,  a sight seldom seen in Houston.  Such color made me think about how it could be incorporated into one of my woven pieces.  Nature provides such great inspiration for creativity. 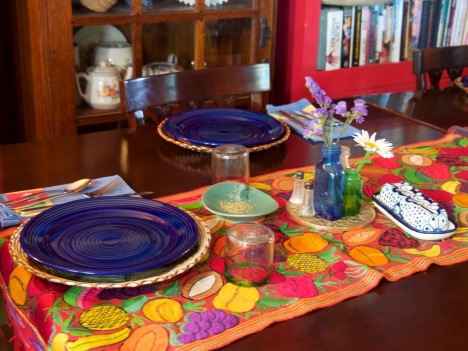 With morning came a delightful breakfast, made so by a colorful presentation.

First on the menu was a grapefruit topped with an impressive meringue.  How could I not find out how to do this!  Once the meringue is heaped on the grapefruit, it goes in the oven for about 4 minutes.  Sounds easy enough, huhn, but I forgot to ask about temperature!

Next came a fragrant frittata, and if one desired a little kick there were lots of hot sauce choices.  Who would have guessed there were so many?

With appetite satisfied and glimpses of Marathon in the rear view mirror, it was time to move  on to Big Bend, a national park you won’t want to miss so stay tuned.

i so appreciate your visit  and the comments you leave behind