I’ve been eating lobster for so many years I can’t remember the first time or if I had a clue how to proceed.  I have a vague memory of cracking the claws with a rock which turned into a real battle! 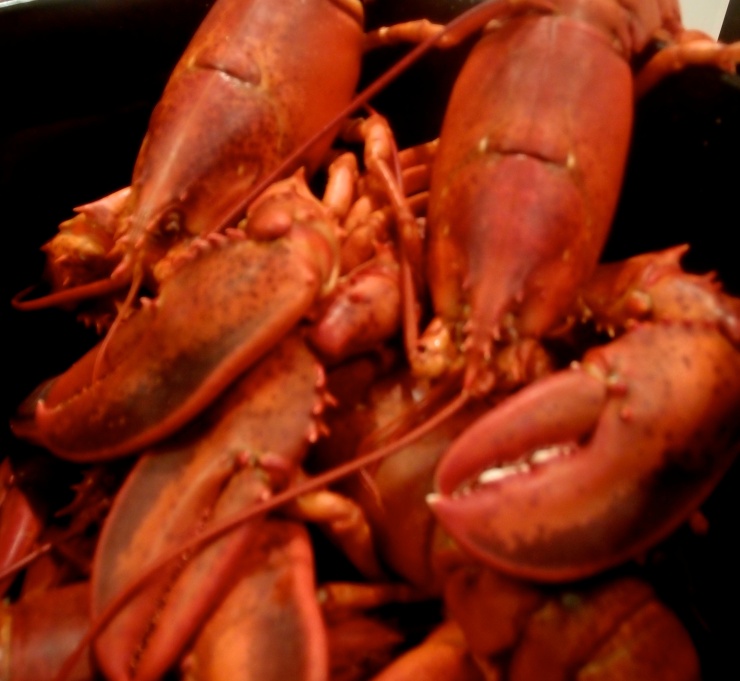 When we have guests in Maine they are always greeted with a lobster dinner, and quite a few of those folks have never eaten a lobster that wasn’t served lazy style meaning all the hard work was already done.  Now, we don’t do all the work, but we do try to make eating a lobster as painless as possible.

Generally, we steam the lobster and when it is cool enough to handle, the hubby snips off the end of the claws and drains the water from them.  Nothing is worse than having retained water splatter all over the place and fill your plate with liquid.

Then, he lays the lobster flat on its back

and cuts through the middle of the tail. 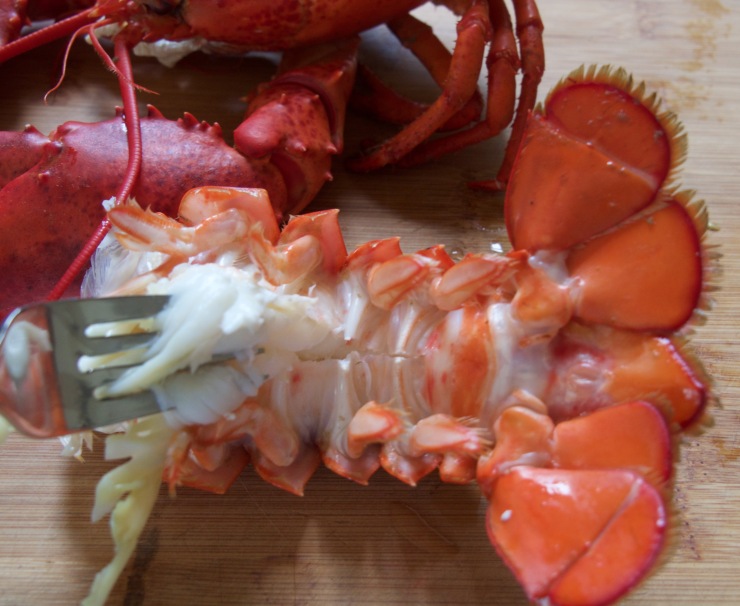 That makes it very easy to remove the entire tail with one pull of the fork.  So far, so good?

By the way, when you’re eating lobster, you don’t want to overlook the little bite that’s in the two outer tail fins.  Just pull them off to find this little surprise that is one of my favorite bites.  Now, that may be something everybody doesn’t know and you will look very expert when someone notices you getting an extra bite! 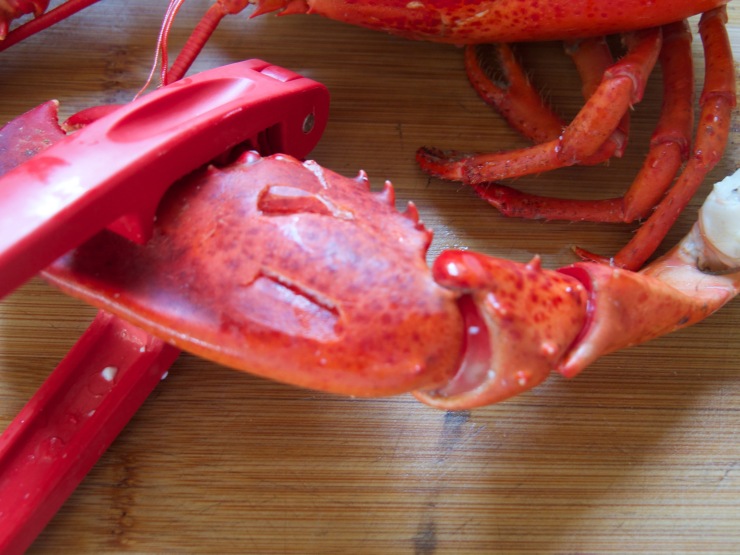 In addition to splitting the tail, the hubby puts a couple of cracks in the claw

making it much less of a challenge to remove the tasty morsels that are in the claw and the knuckle.

Some folks have the patience to pull off the legs and get the meat out of them, but unless the lobster is of some size, say 2 pounds or more, to me it’s not worth the effort.

So, there you have it, at least this is how you’d eat a lobster at our house and we serve it with lots of napkins and lemon juice to rinse your hands with because there’s no way eating a lobster is a tidy process!

21 thoughts on “On Eating Lobster”