Tables in Florence are just my style: simple, set with no fuss. 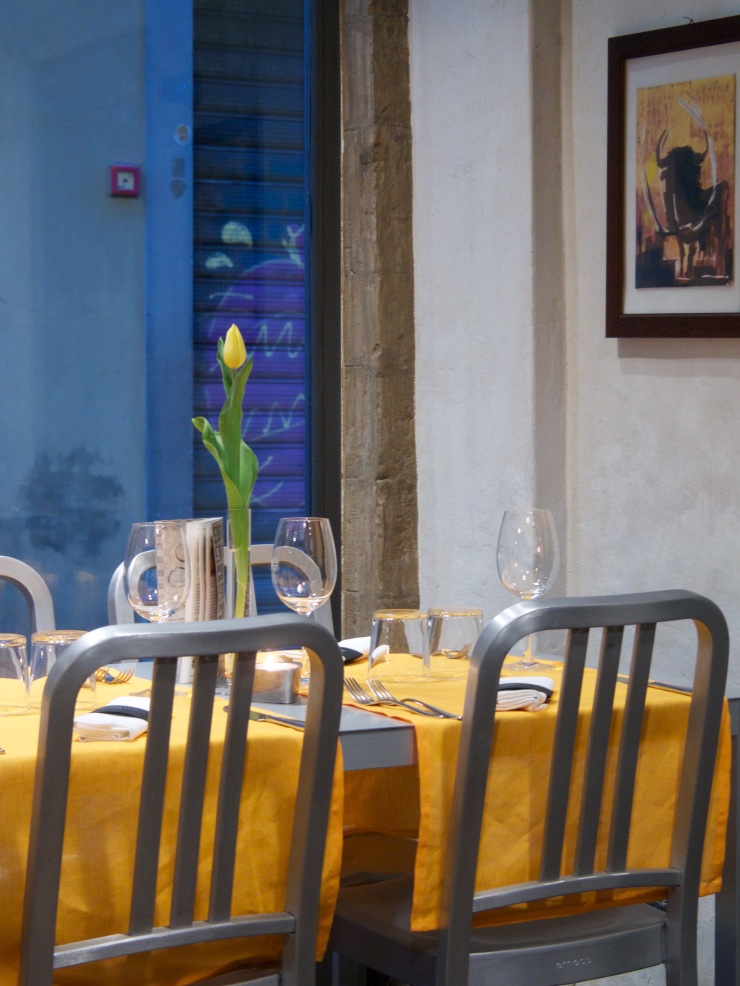 Occasionally, tables were covered with a cloth or table runner, 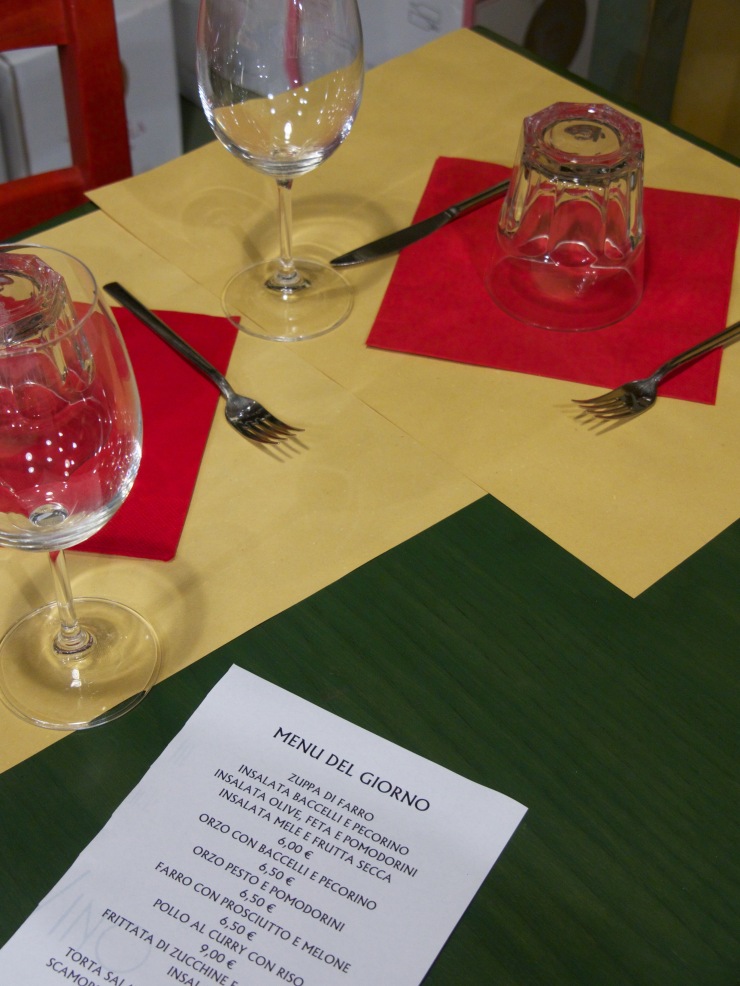 but most had nothing more than a paper mat. 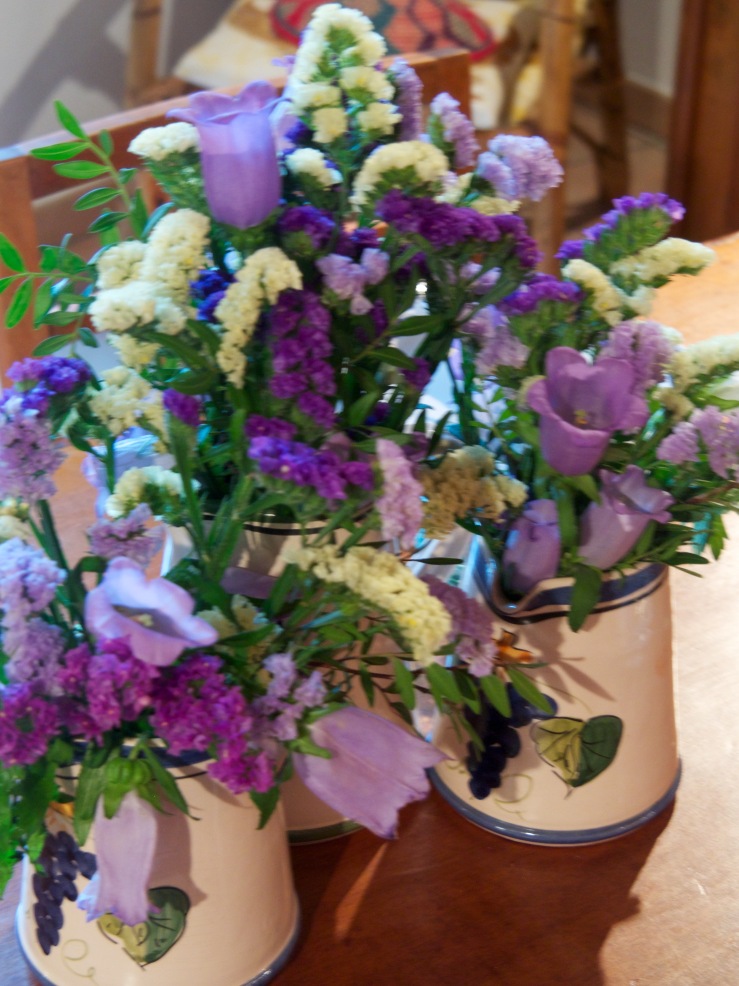 At home in the apartment, it was easy to follow that lead as there were no linens.  Adding simple arrangements of flowers from the market was about as fancy as it would get. 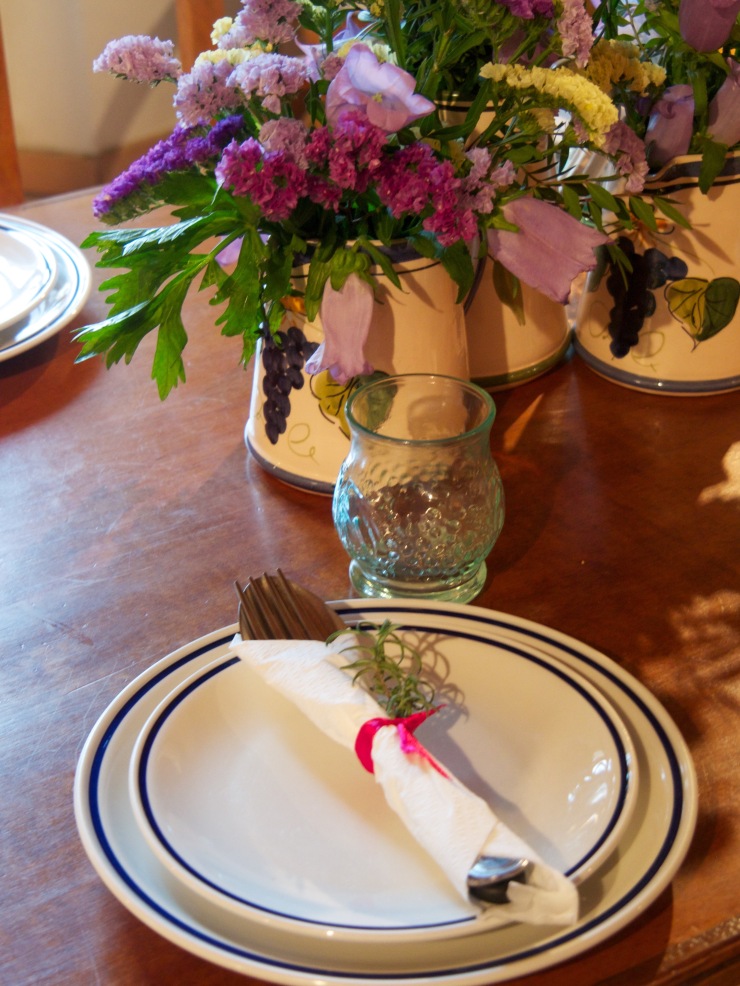 Though I rarely use paper napkins (everyone has their little quirks), they became the norm for our dinners at home which more often than not were for 6 as friends and family joined us. Tied with a scrap of ribbon and with a sprig of rosemary cut from the balcony, paper was quite satisfactory. 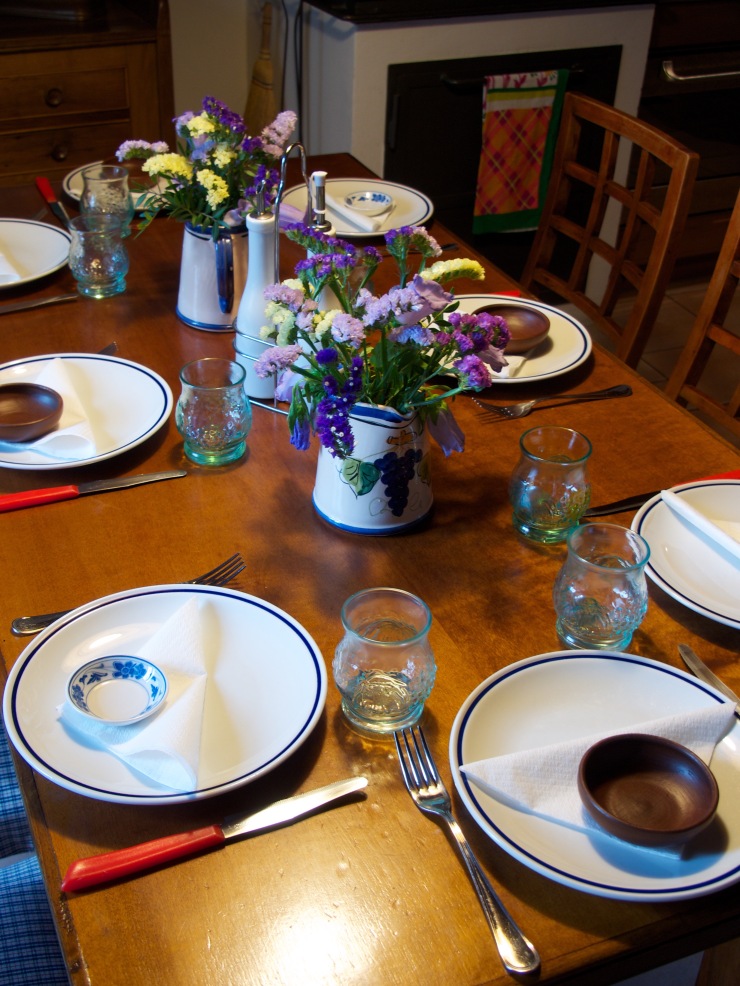 Sometimes a napkin was simply folded on the plate on top of which was a small dipping bowl for olive oil.  The bowls also served as place holders, terra cotta for guys, blue flowers for the ladies. 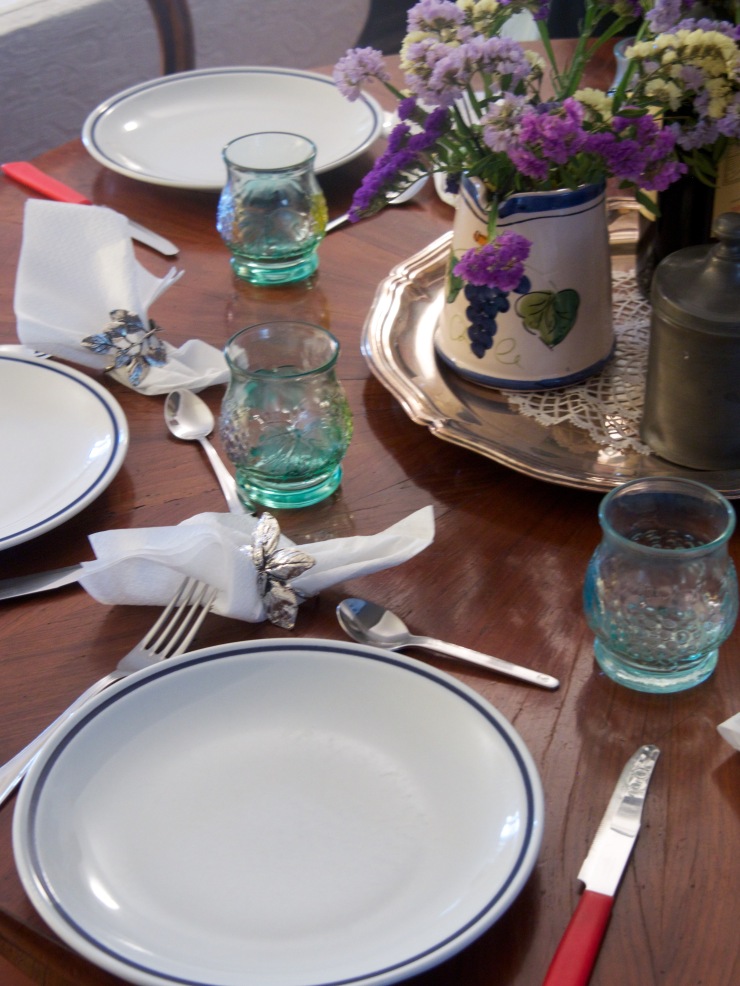 Once I found wonderful napkin rings in the shape of various herbs, I couldn’t resist using them as a special touch. 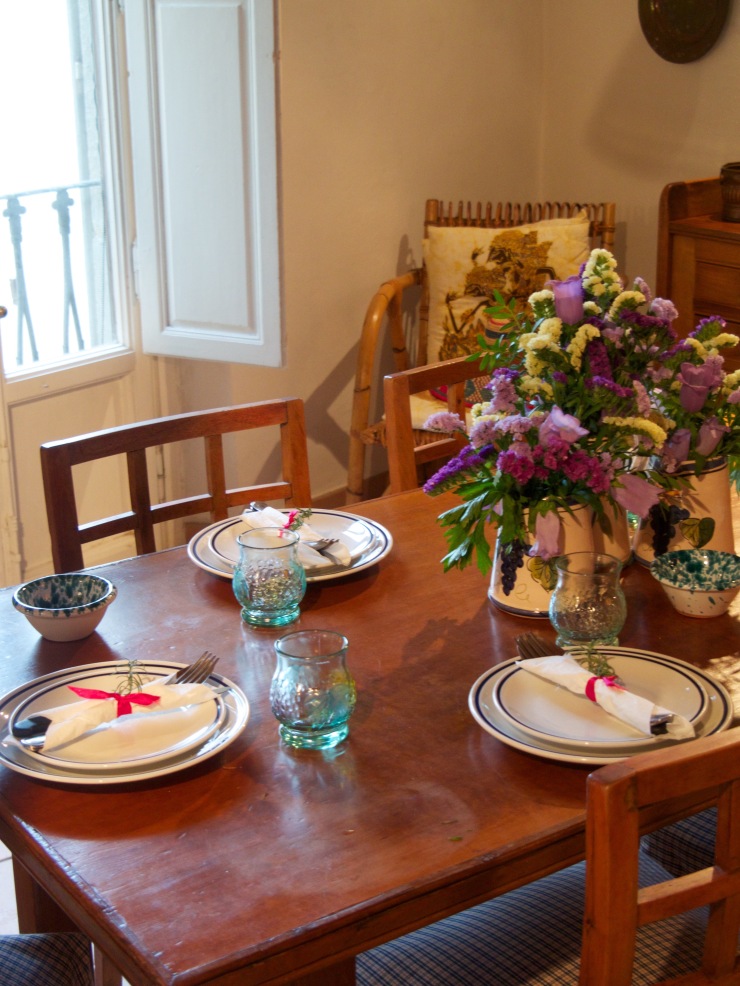 I rather enjoyed having just one set of dishes which took all the decision making out of setting a table. 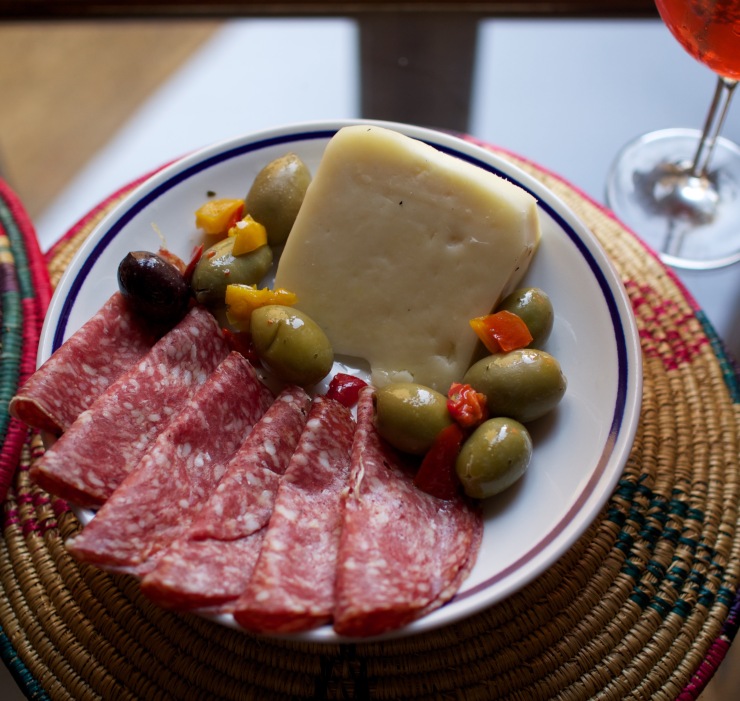 And, there was never a time when even the simplest food didn’t look quite appetizing on a white background. 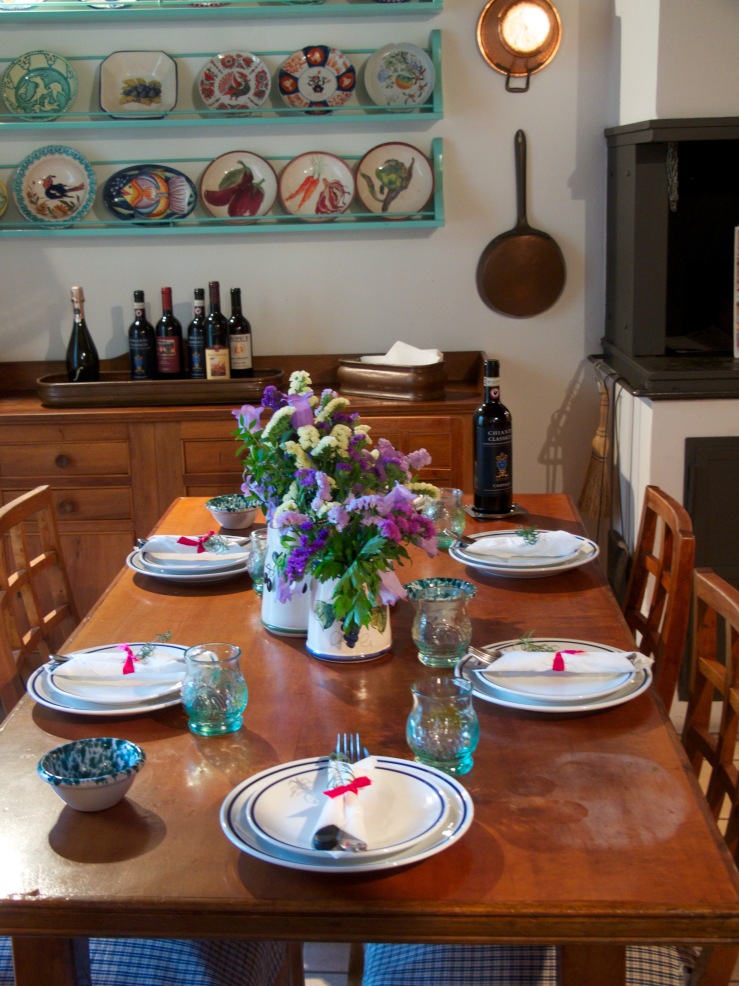 After a month of experiencing Florentine style, I’ve found that I quite like its understated, comfortable simplicity that is quite a contrast to the city’s beautiful and ornate architecture.