Funny how neighborhoods change.  In mine, it’s impossible not to notice how homes have gone from bungalows built mostly in the 1920’s and 30’s to big.  I guess that’s what happens in a convenient big city location.

There are still some of those original bungalows around,

but as they sell the property on which they stood goes from this, 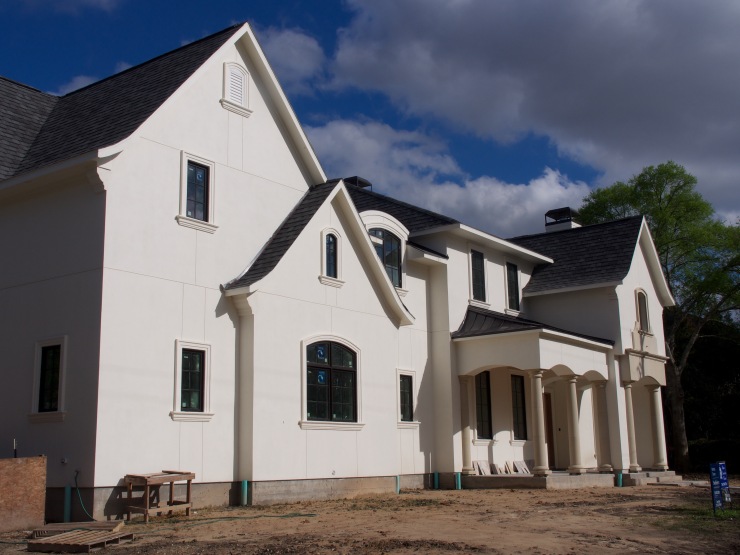 and, finally, this.  Sometimes I can’t help but wonder why we need so much space when in years past families were raised in homes less than 2,000 square feet and with only one bathroom!

but eventually dressed up with architectural elements.

These days home styles run the gambit from Mediterranean

More recent are homes with a modern flair, quite a change from the once traditional look of the neighborhood and one that adds interest.

In some instances, soaring structures sit side by side with one of the original bungalows, and I love the contrast!

What is really astonishing is that some of those brick homes built as recently as the 1980’s are coming down and being replaced with new construction.  As I walk through and see all the new design features, I get a hankering to build but I have no idea what the style would be.  How about you, what would you choose these days?

16 thoughts on “Bungalows to Big”