Lucky me to be given a beautiful arrangement of flowers left from tables of a friend’s daughter’s wedding reception.  Relocating them to my table, they became a source of inspiration for a ladies’ lunch.

I was a little stumped by the pale pinks and peach tones in the arrangement, but there was one little sprig of red that got the creative juices going.

A favorite vintage French tablecloth became the background and these oft used pears surround the flowers.  Even though there is a slightly grown up look to the setting, it still satisfies my need for simple, understated.

The flowers provided welcome opportunity to use the cranberry dinnerware from the 1940’s.   Would you have guessed square would have been in vogue then?  And, since mixing and matching is my thing, clear plates, again vintage, were selected to sit alongside.

After trying several napkins, these were the final choice since they are almost the same color as the background in the cloth.   You may have seen the flatware a number of times, but have you noticed that each piece has a different pattern?  You don’t think that may be why it was chosen!

For ladies, no napkin fold or ring could be more perfect that the pewter figurals.  Oh, how I wish I had more!

All done, the table is a blend of things each of which invokes a memory of place or person. 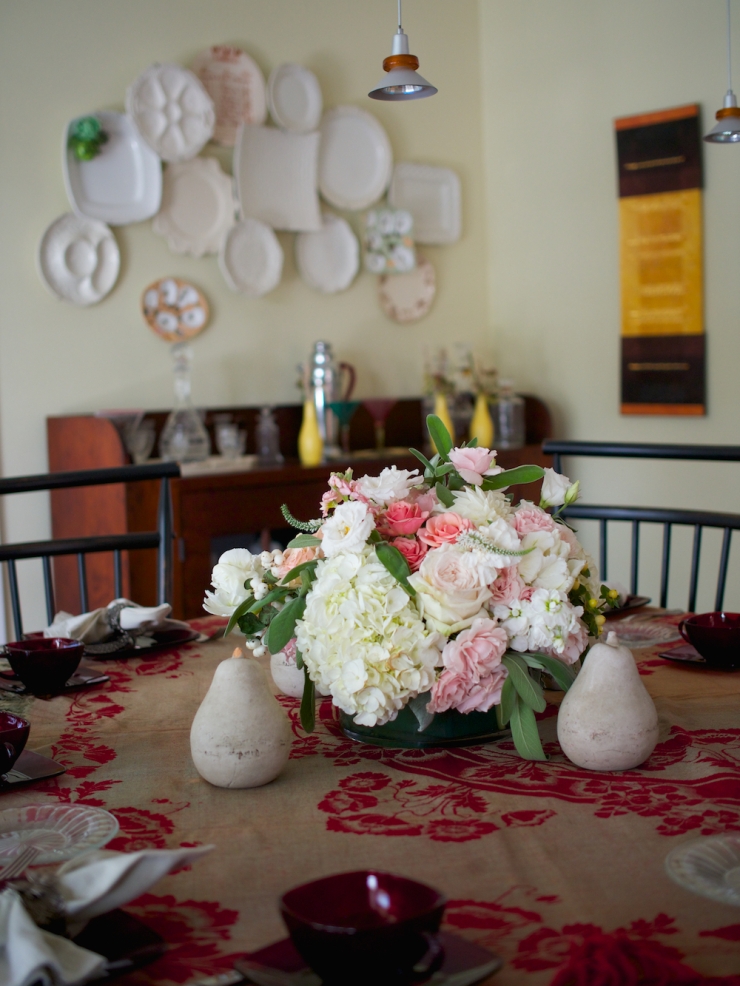 So often, that is what makes a table seem special.

P.S.  Later in the day as the light changed, I love the drama of it hitting the table.  Sometimes a photo is just because!

23 thoughts on “Table to Table”