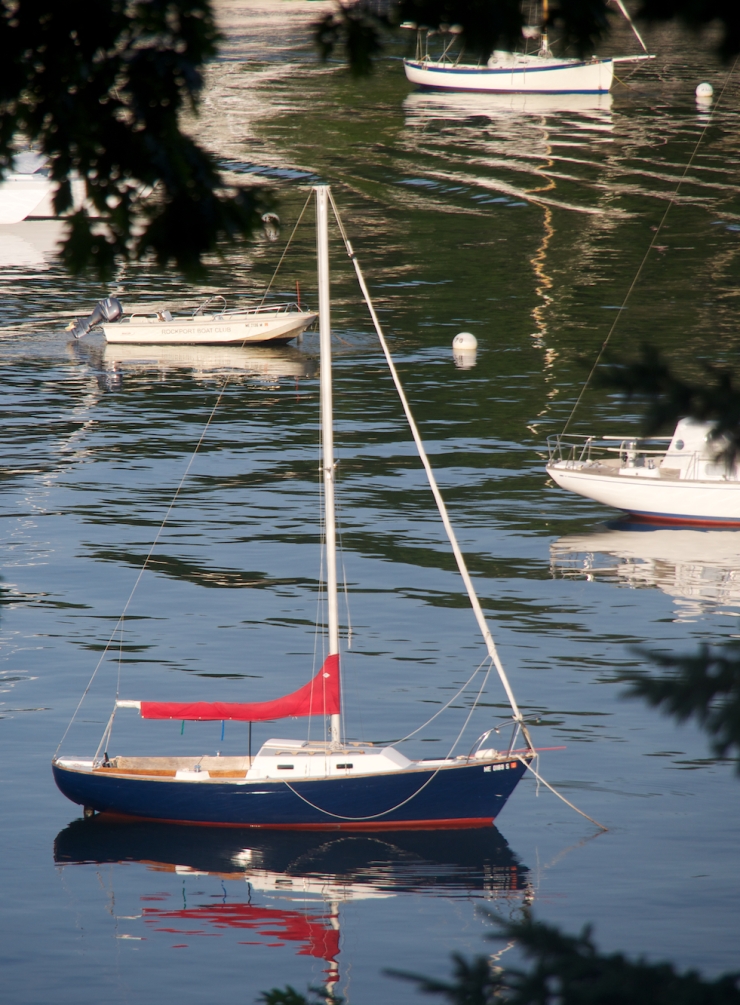 Summer in Maine is a short season officially beginning July 4 and lasting through Labor Day when already there are hints of fall in the air.  During those two months not every day is perfect, but when I wake in the morning and see a perfect Maine day outside the window, my thoughts turn to boating.

For many years we were sailboat people, but with so many  places to explore off Maine’s coast, we have turned to a power boat which allows us to get to more places a little faster.  Ours is a Maine made boat the style of which is influenced by lobster boats and designed for comfortable cruising.

There are some 3500 islands off the coast of Maine, many of which are less than an hour from us.  As we cruise  along, the water is decorated by brightly colored lobster buoys identifying individual lobstermen and woe unto anyone who bothers  traps not belonging to them! 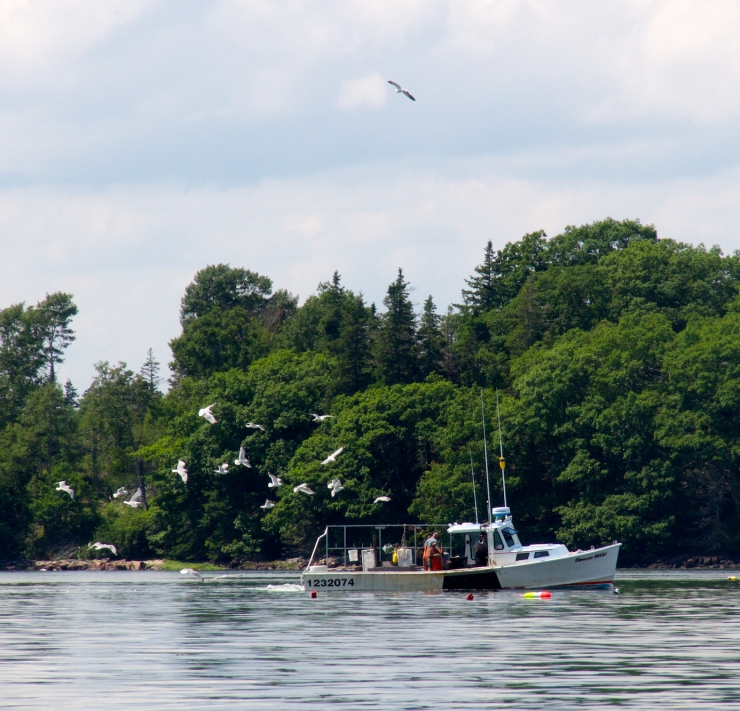 I never fail to be fascinated by lobster boats out to bait or check traps and generally followed by gulls hoping to snag a tasty morsel. 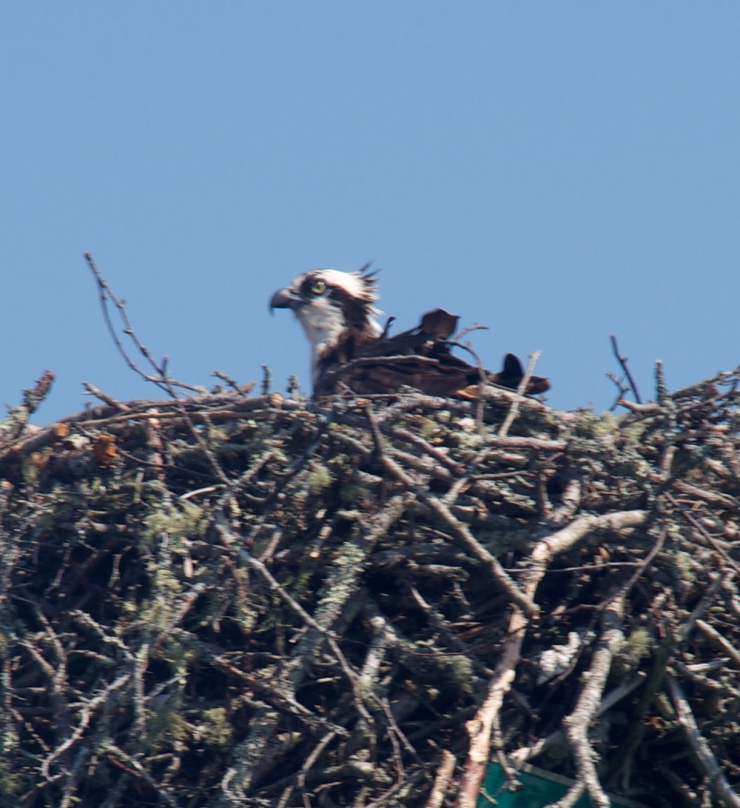 As we cruise along, it’s not unusual this time a year to spy an osprey nest sitting atop a marker and by now white heads peek above the nest.  It is said that this particular nest has been in place for 150 years and osprey return to it each year.  I can’t help but wonder who is tracking that and if the returning osprey are descendants of the ones who built the original nest.  Somehow I don’t think there is an answer!

In addition to gulls and osprey, it is not unusual to spy cormorants sunning themselves on rocks peeking above the  water’s surface at low tide.

Approaching one of my favorite spots, a solitary flag flies on a lichen covered rock, and I never fail to acknowledge my appreciation for the person who keeps that flag in place.

Another favorite sighting are the lighthouses, most of which are no longer in service but characterize the coast of Maine.  No matter how many times I’ve seen the same one I can never resist taking yet another photo.  Just as I was snapping this one, a spray of water kicked up alongside the boat resulting in this magical picture. 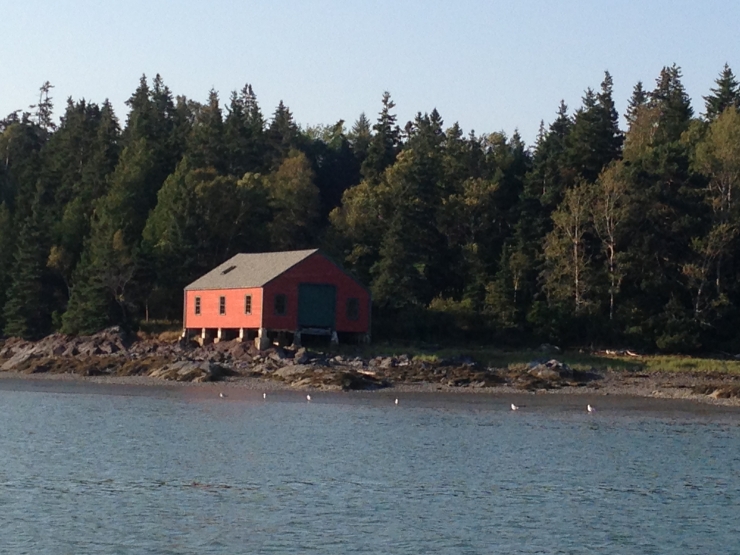 Summer cruising on water smooth as glass and beneath a sky so blue as to seem almost artificial is a special delight with much to see along the way.     Yes, summer time in Maine is special, and I don’t want to miss any of it.