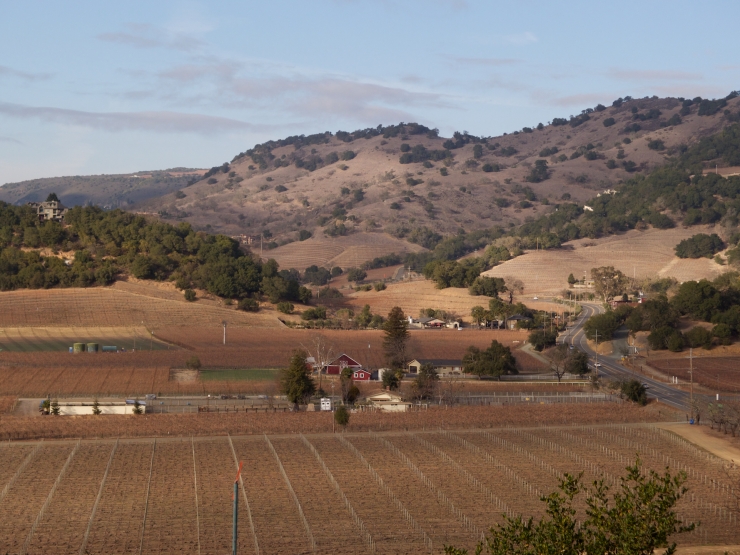 Since we were in California for the BIG GAME, we decided to go a little further north and visit the wine country.  The hubby and I haven’t been to Napa Valley in about 10 years, and let me tell you, there are a lot of changes.  There are roughly 435 wineries in the valley these days as well as a number of new eateries and places to stay.  Judging from the acres of vines, it appears that planting occurs anywhere there is an empty space.

Rather than cover the entire valley, we decided to focus mostly on the area around Yountville and St. Helena and visit wineries with which we are unfamiliar, with a couple of exceptions.

Every place has its own character.  Some wineries are understated

while others reflect a European influence.

to super modern.  No matter the look of the place, all make, among other varieties, cabernet sauvignon which each producer claims to be the best!

While every winery was special in its own way, there were a couple of standouts.  One was Silverado nestled atop a hill with panoramic views.

A knowledgeable and charming guide, Patricia, took us through the facility and made every step interesting with her stories.

We were enchanted by the place and thought what fun it would be to have a party there and end with dinner in this wonderful space.  I’m sure all of you would want to come, and we can add more chairs around the table!

Without question, the most fascinating visit was to Castello di Amorosa in a totally authentic replication of a medieval castle that required years to design and build.  You might say it is the culmination of one man’s dream. 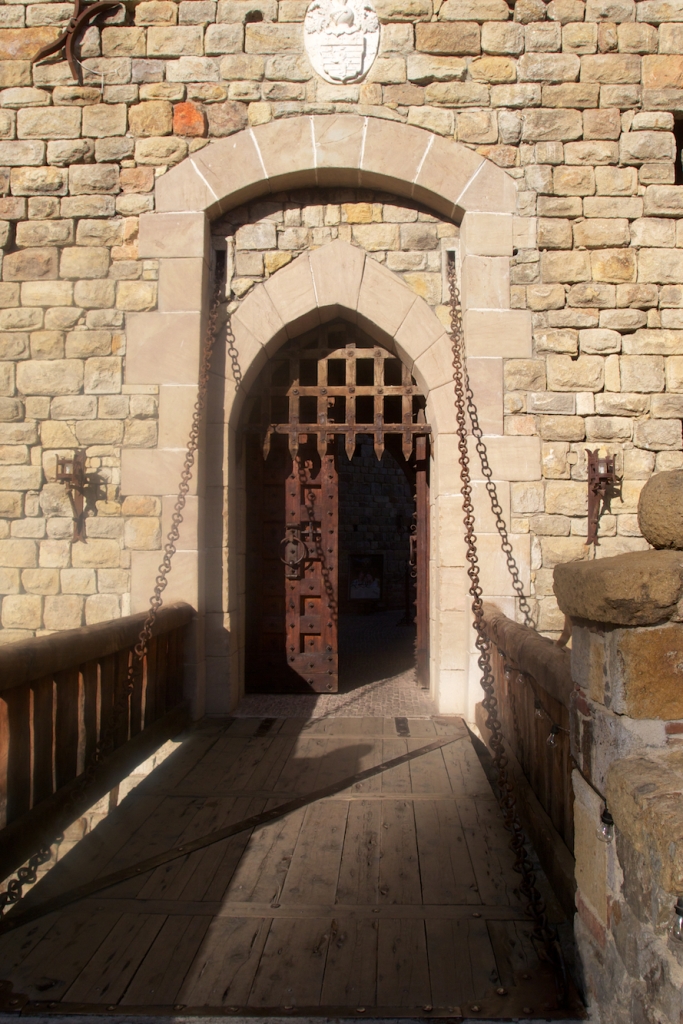 From the time we crossed the drawbridge, we were stunned by the attention to detail.

Every stone was chiseled by hand, every door different, every metal fixture forged by a master blacksmith from Umbria, every accessory of the period.

The frescoes in the main hall are reproductions from centuries ago painted by an Italian born artist who now lives in San Francisco.

Not to be overlooked are the restrooms, also works of art.

As if all this were not enough, there’s a gift shop full of tempting items, some of which looked as if they had come from a medieval banquet.

As we toured each location, there was something new to be learned about the wine making process and grape growing.  After a while my palate was a little numbed and, in some cases, my nose stopped up after sampling reds.  It was suggested that the stronger tannins might have something to do with that.  That must be why I prefer softer wines.

There’s more to Napa than just wine, and I’ll touch on that later.  Hope you’ll join me as the adventure continues.