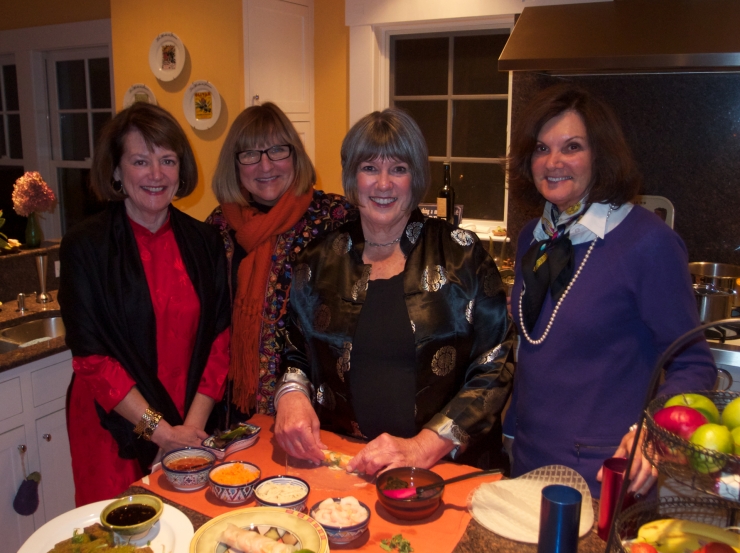 Earlier this year, we four traveled to Southeast Asia experiencing an adventure still etched in our minds.  Upon returning we planned to gather with our husbands to recreate a meal that would be typical of what we had on the journey.  It took a while, but we finally made it happen. 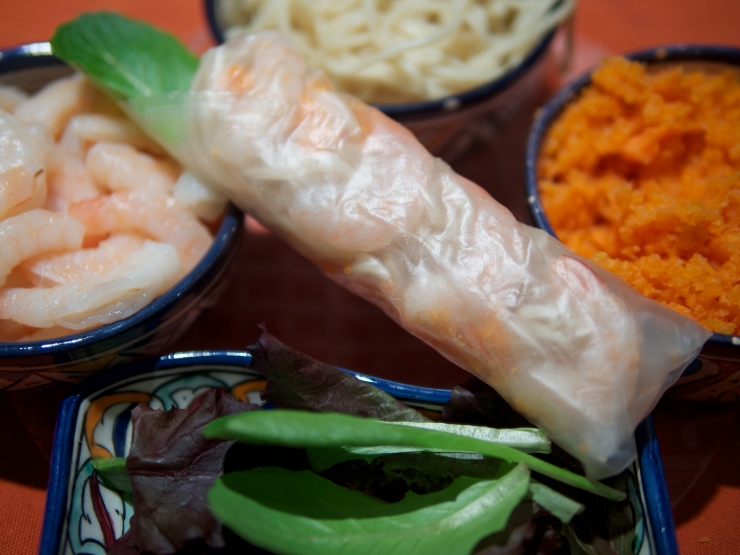 On the trip, we became expert at making spring rolls so those had to be included on our menu.

If they were to have any, husbands had to get into the act of making them, too! 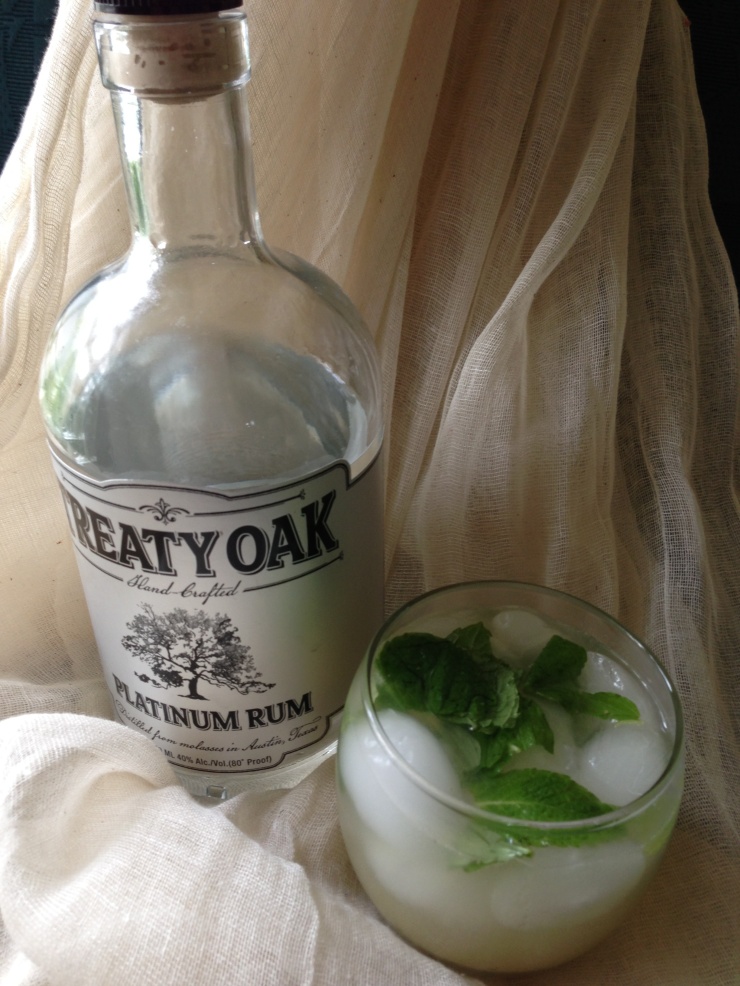 May I tell you the spring rolls were pretty darned tasty, especially when accompanied by ginger mojitos!

We loved the pho in Vietnam.  Here we cheated a bit and had it made for us by a restaurant in Belfast specializing in Vietnamese and Thai food.  It was yummy, and not one of us gals regretted not having made it herself.

For the main course, we had a chicken curry done in coconut milk.  No picture here because the hubby ate the portion I set aside for a photo before I snapped the picture.  Of course, I wasn’t irritated!

As for the table, it started with a woodblock print from Jim Thompson in Bangkok.  What beautiful fabrics are made using designs he introduced years ago.  By the way, I recently learned there will be a Jim Thompson showroom in Atlanta which will bring the lovely creations a bit closer to home.

From here, it was all improvisation.  In Vietnam, I remembered seeing many origami creations so I thought to attempt recreating that memory with a fold that started with the napkin being quartered.

Starting from one corner, it was accordion pleated to the opposite corner.

Then, it was folded in half 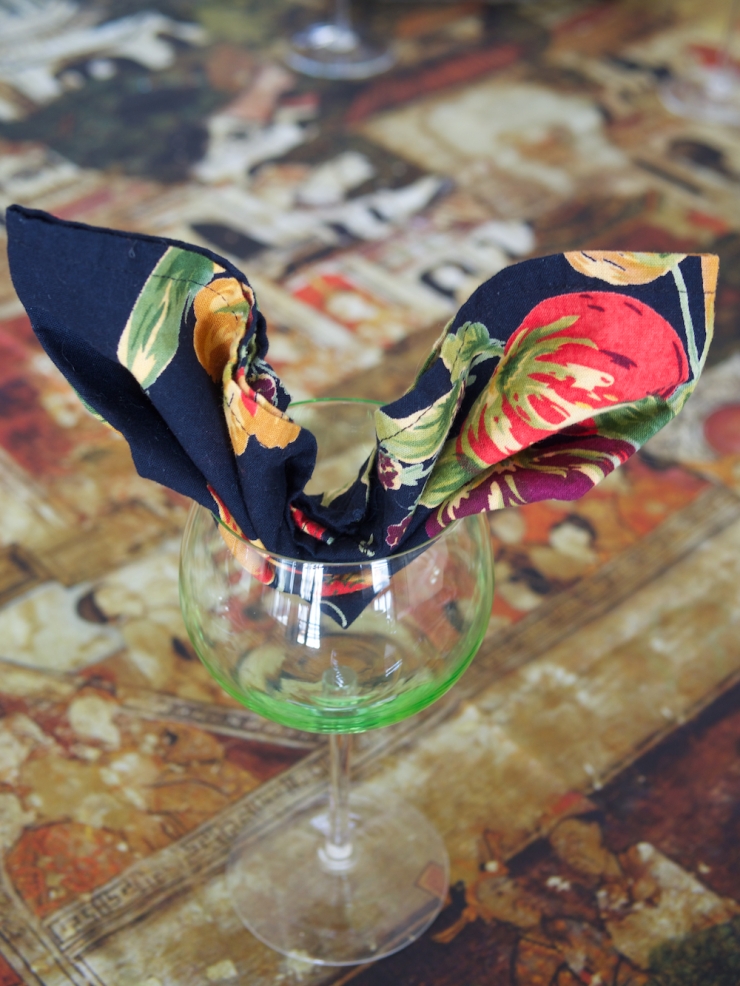 and spread in a stemmed glass.  I hope your imagination is good enough to see this as an origami bird! 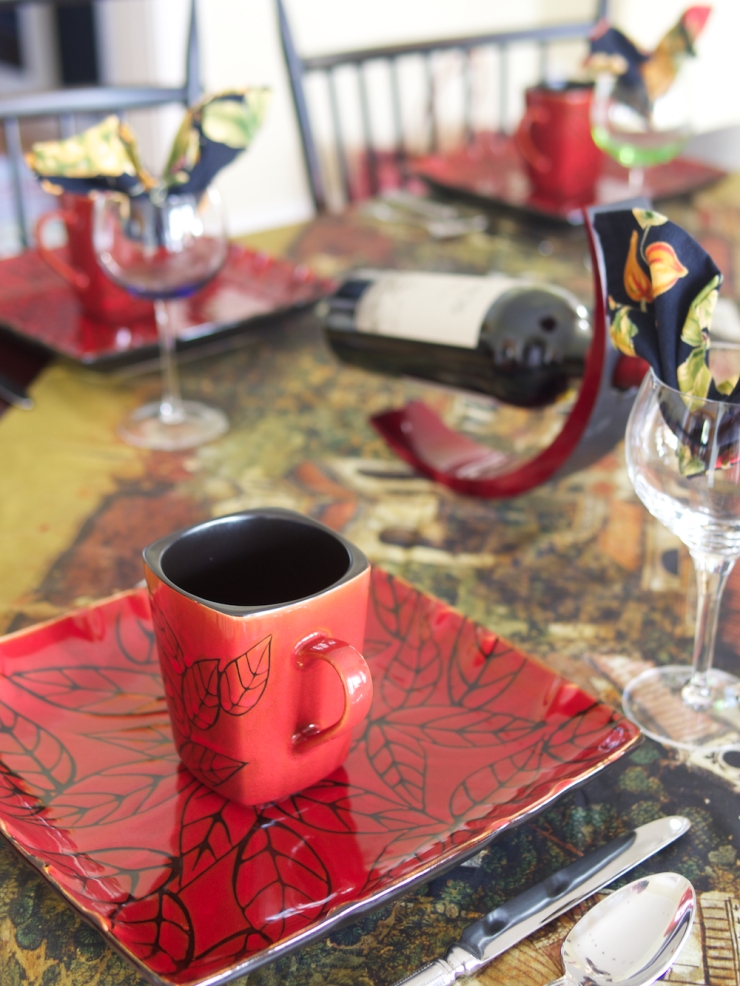 Picking up the colors in the cloth are the familiar orange leafed plates.  They’re not going to fool anyone into thinking they are from Vietnam, but the wine bottle holder makes up for that a bit as it is from a Saigon market.

As soon as we are seated, the table will come alive with shared laughter and camaraderie, and that’s what any gathering should be about.

P.S. Recipes for the spring rolls and ginger mojito may be found here.

14 thoughts on “Gathering of the Traveling Sisterhood”