Have you ever wondered what would happen to all the pumpkins if it weren’t for October and November? Without question those two months make growing them worthwhile as there’s scarcely anywhere that doesn’t have at least one.

Some folks think one pumpkin is not enough

and have them by the dozens.

Others have just one tucked away in a clever display.

whose creations line the main street In Damariscotta, Maine,

and draw lots of attention from passersby.

Some pumpkins are a colorful addition to window display

while others are used by politicians to attract voters 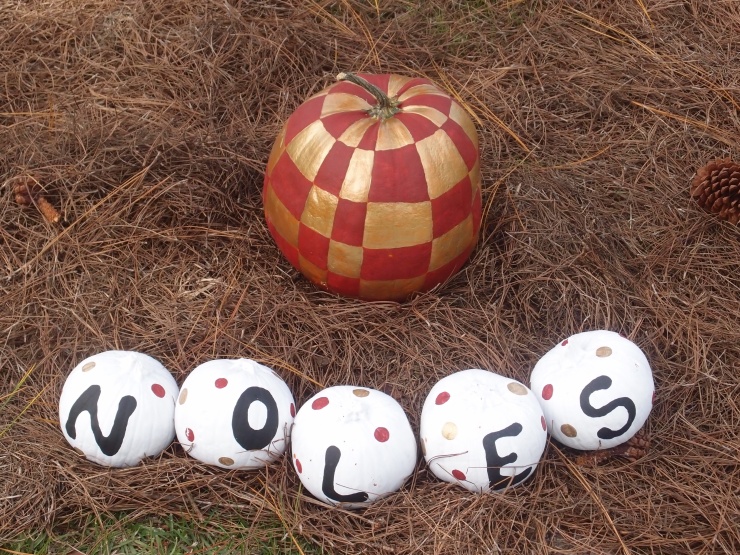 or to encourage a favorite team.  I guess there’s just no limit to how these seasonal favorites can be used.  What  clever idea do you have for pumpkins?  Do share!