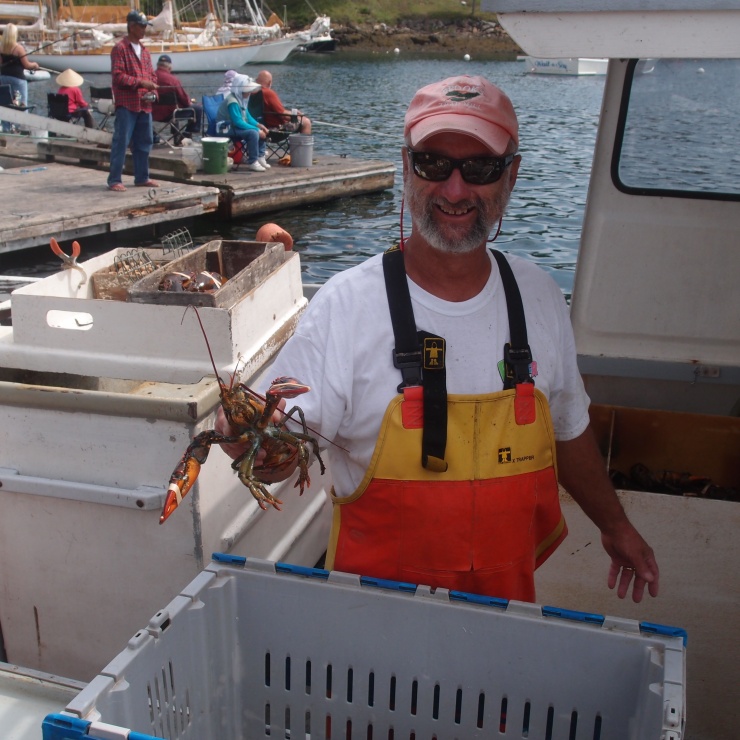 This is my lobster guy.  He is one of about 15 lobstermen who operate out of Rockport Harbor, and he makes it so easy for me to always have fresh lobster.  Four times a week he goes out to bait and check traps, and when I want lobster I send him an email.  On the designated day, he calls when he’s on his way in, and a few minutes later I meet him at the dock to pick up my fresh out of the water lobster.  This has become one of my favorite rituals. 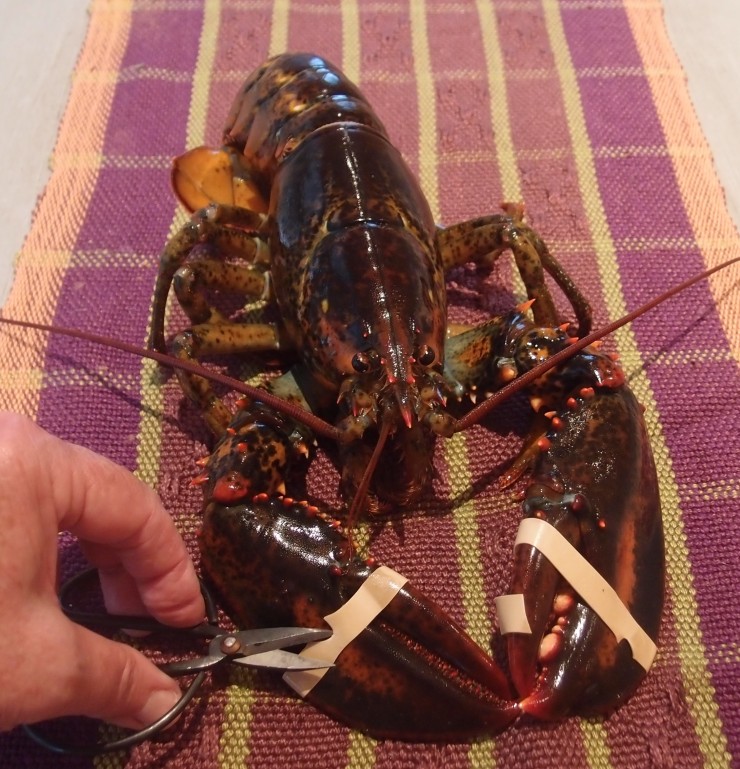 Not only does he provide the lobster, he’s always good for a tip. Thanks to him I now remove the rubber band from the claws before steaming the lobster as he advised that leaving it on resulted in a rubbery flavor.    Makes sense, but I’ve always left the rubber band in place because  I didn’t want those claws grabbing hold of a finger.  Lobsters can be quite active before they go into the pot! 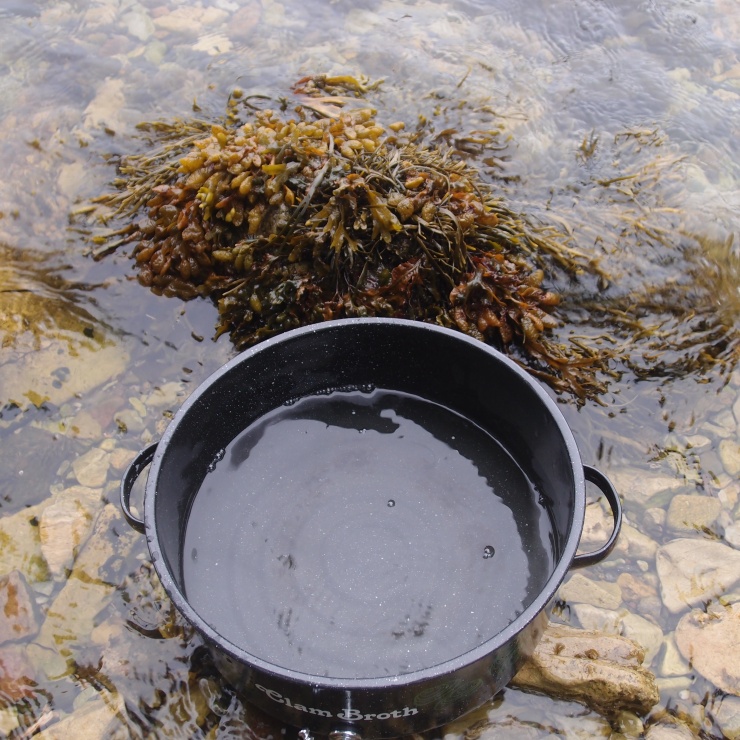 One day he asked me how I steamed the lobster.  I said in salted water.  He answered, “You’re on the water.  Next time go down and get salt water right out of the harbor, maybe even add a little seaweed to the pot.”  I did it, and you know what, the lobster was even better. 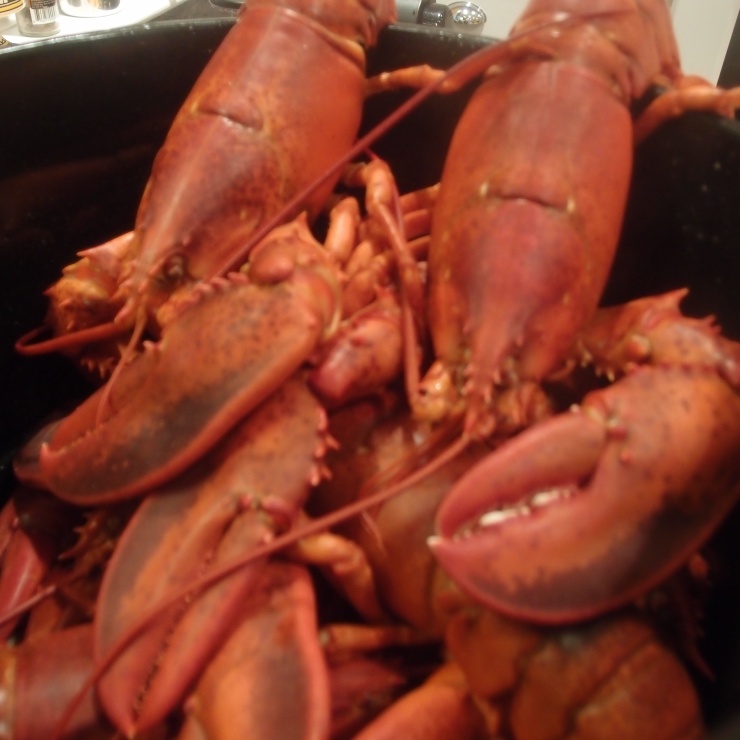 There are so many ways to fix lobster, and one of my most favorites is lobster stew.  Not only is it delicious on a chilly night, it is so easy to make.  Are you ready? 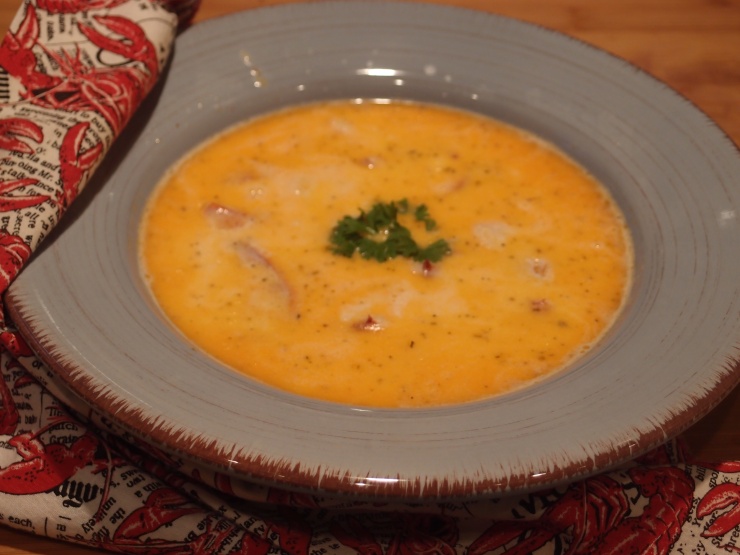 salt and pepper to taste

Steam the lobster and remove meat from the tail and claws.  Cut into bite sized pieces and saute in butter in a large pot for about 2 minutes.  Add milk and heat until it’s nice and hot, but do not let it boil.  Add sherry, salt and pepper, ladle into heated soup bowls, garnish with parsley and serve with oyster crackers.  How easy is that!

*You can steam the lobster yourself or buy it already prepared which, of course, is easiest.

**I use any milk and like the stew best when I mix half and half with whole or low fat milk.

When I am in Houston, oysters are more readily available than fresh lobster, and I use this same recipe for oyster stew, omitting the sherry.  Some things are just failsafe and this recipe is one of them.   Don’t you love those that are as easy as they are good?

On the Menu Monday

28 thoughts on “Lobster Stew and Other Things”