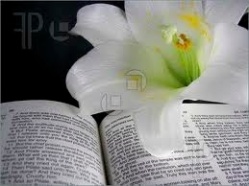 In my Methodist church, Palm Sunday begins with beautiful music and people entering the lovely old building waving palm fronds just as Jesus’ followers did when he humbly entered Jerusalem on the back of a donkey.  In the space of little more than an hour, however, this joyful procession turns to darkness as from Mark is read the story of the events leading to Jesus’ death on the cross.  It is a story of betrayal and denial familiar to all who practice the Christian tradition.

As I hear the words from the scripture, my heart fills with sadness and by the time the words of Were You There fill the church I am close to tears, not because of the story but because I wonder  about my response had I been there to witness the events of those days.  Would I have been one of those to whom Jesus made a difference?  Would I have been bold enough to follow Him into Jerusalem, unafraid to let the powers that be see what it meant to receive unconditional love?  Would I have been willing to step forward in an effort to save Him from an unfair death or would I have been one in the crowd yelling loudly to crucify Him?  And, as Stephen King wonders in his recent novel 11/22/63 exploring the Kennedy assassination, how different would things have been had not the event occurred?

Having been brought up in the Christian faith, it is possible to think I would have been there, an ally of Jesus to the bitter end, but I don’t know for sure that is the case. In reality, I may have known nothing of Jesus or if I had what my attitude toward Him would have been.  In truth, I might have been one of the voices screaming for His death.   The only certainty is that I will never know the answer to those thoughts that race through my head as I experience Palm Sunday, and as the story is read again and again it is likely I will continue to wonder.

i love your thoughts, so jump right in and share yours