Rolling, rolling, rolling to Las Vegas, another unplanned stop, but since we are ahead of schedule there’s some time to waste. Let me just say this about that, the best part of the stop was the Las Vegas Motor Resort, a really plush setup with a super overhead shower. Funny how you learn to appreciate the ordinary when you’re RV traveling!

Vegas was packed with people, the prices high and O a disappointment. Maybe that’s the way of things when expectations are high. In any case, the six of us decided Vegas wasn’t our kind of place, so as soon as morning light came it was on to Hoover Dam, high on the hubby’s list of places to visit. There was a moment’s tension when I was two minutes late hooking up with the hubby for the 9:30 AM tour, but we were allowed to catch up with the group so all was well. WHEW!

The dam spans the Colorado River from Arizona to Nevada or maybe it’s from Nevada to Arizona.

Astonishingly, the dam is designed and built to last 2,000 years, and when you think about it being constructed in the 1930’s with techniques far less sophisticated than today’s, that fact is amazing. How can you not wonder what this will say about the period to people in years to come?  Seven states–Arizona, New Mexico, Utah, Wyoming, Nevada, California, Colorado–are served by the dam with the largest single recipient being California, specifically Los Angeles.

Since October 2010, a new bridge, crossing the river and bypassing the dam, has been open. 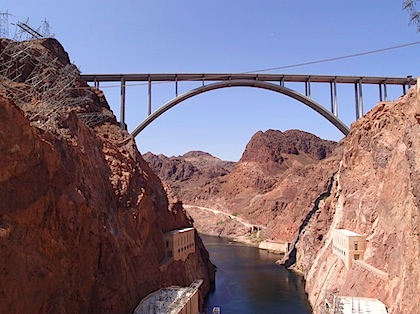 The bridge’s name represents a person from each of the two states bordering it. Pat Tillman is, perhaps, the most famiiiar of the two men as his name is fresher in memory. He was an NFL player who gave up his career and lucrative contract to serve his country and was killed by friendly fire in Afghanistan. I doubt that is how he wanted to be remembered. 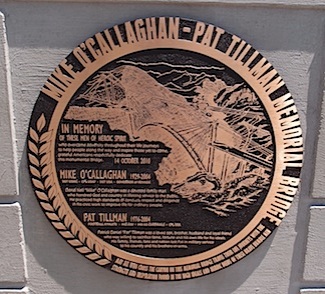 Again, thinking about the how of construction is more than this brain can comprehend.

OK, Hoover Dam is done. We’re on the road again headed straight to the Grand Canyon. Now we are starting to get really pumped!

Three hours later, the girls are anxious for their first glimpse. 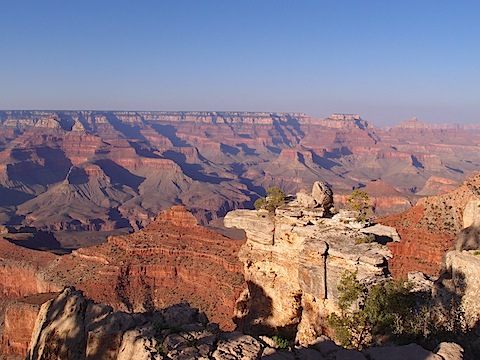 We will try to capture it all! 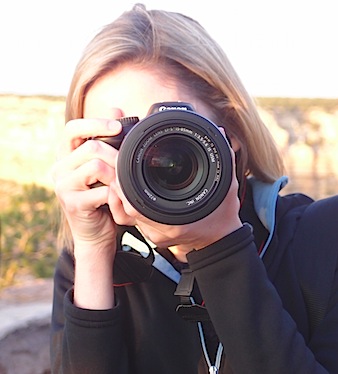 i love your comments, so jump right in and share your thoughts

5 thoughts on “On the Road VI”