Hot dry wind causing nose bleeds and dehydration and blowing so hard we were rocking all over the place.  Our goal today: explore Highway 60, and we were glad to have the opportunity for a few stops, none of which were on the agenda.  Are you beginning to figure out our carefully planned agenda is changing at every turn?

We happened upon the Very Large Array (VLA) Center. 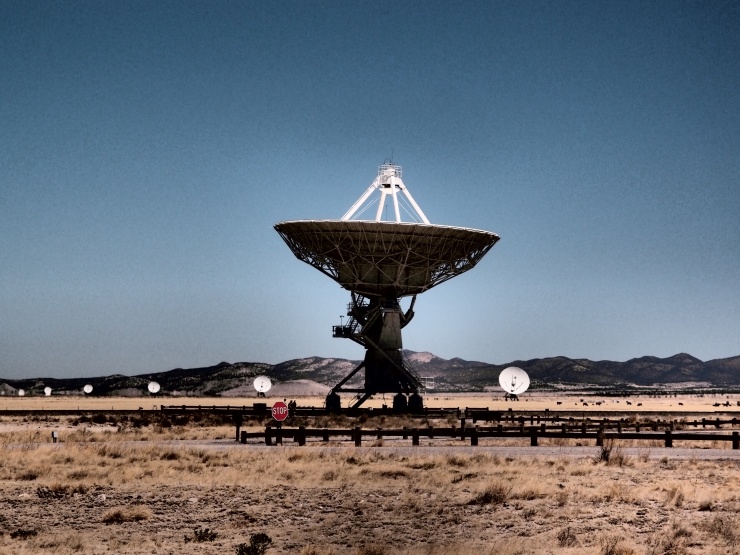 If you saw the movie Contact you will recognize these huge radio telescopes that are spread across this flat, empty land.

All of us were absolutely fascinated,

and the little girls loved throwing their voices via parabolic transmitters.

Further down the road, Magdalena had little of interest but this sign gave a sense of just where it is located.

Pietown was a different story.  Just as we had hoped it had a place to buy pies,

delicious homemade ones in many flavors. 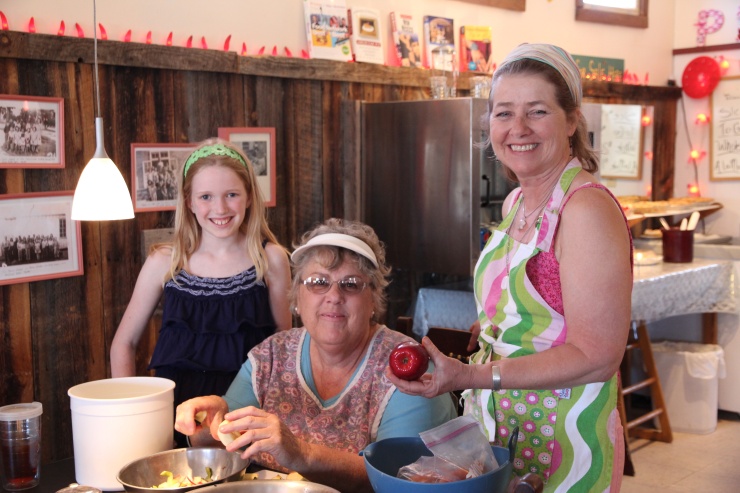 Nobody could decide what flavor so the piemaker suggested a “piepourri”.  When we got back on the bus, I was sneaking a bite of the peanut butter pie when I was caught and everyone had to join in. 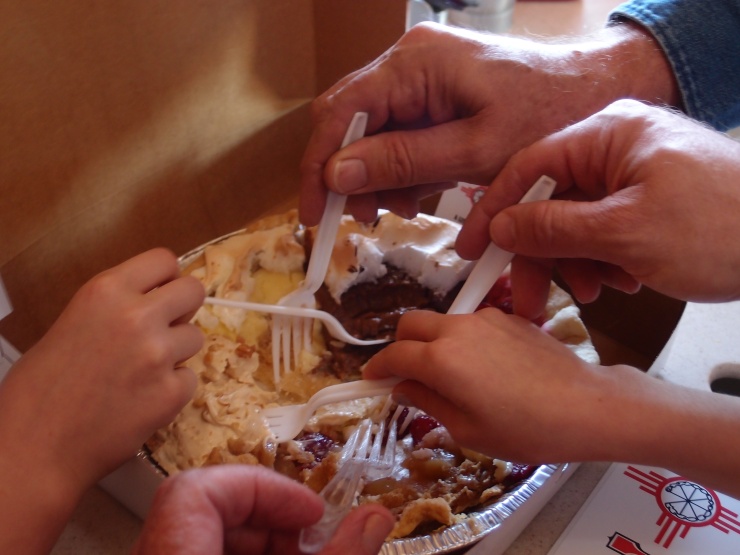 Tonight’s dessert never made it out of the box.  Fortunately, the daughter went back in and bought a just out of the oven pear/ginger pie.  Good thinking!

Next stop was to be the Petrified Forest and Painted Desert, but deciding that 40 mph winds blowing sand into our faces was not a good thing, we blew on by (literally) and headed to Holbrook, Arizona, supposedly the night’s stop.  Arriving there, we changed our mind in a hurry.  Another Good Sam Motor Park in a wide open space with sand blowing in every direction held no appeal, especially since none of us had wanted to use the shower at the last Good Sam park.  The son-in-law driver was exhausted, but that park gave him enough motivation to go on down the road to Flagstaff where the RV park was vastly improved.

Tini time and carnitas and we were in a much better mood.  On we go!

i love your comments, so jump right in and share your thoughts